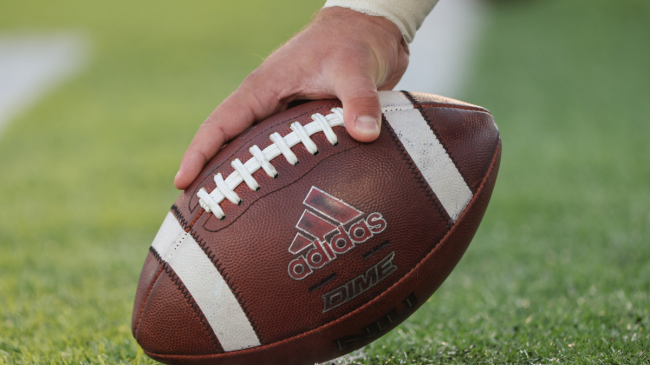 Things have not gone as planned for the Kentucky football team in 2022. After entering the year as a top 15 team and potential dark horse in the SEC East race, the Wildcats have limped to a 6-4 record, losing four of their last six contests.

A pair of those losses have come against Vanderbilt and South Carolina, all but solidifying Big Blue’s standing in the bottom of the Eastern division ranks. A major issue in Lexington has been the offense.

The unit was hyped up this offseason with many naming quarterback Will Levis as a potential candidate to be the first overall pick in the upcoming NFL draft. OC Rich Scangarello was brought in from the professional ranks to install a pro-style offense, previously working as a QB guru for the 49ers and Broncos.

For whatever reason, things haven’t clicked at Kentucky. The Wildcats rank 95th in the nation in points per game, having failed to break the 28-point mark against a Power Five foe. More specifically, the offense has been putrid in the redzone where they’ve converted less than 80% of the time. That number ranks 98th in the country.

The offensive coaching staff continues to search for answers, but it seems that one of the Kentucky football players already knows the cause.

Freshman wide receiver Dekel Crowdus said that the scoring woes come down to the offensive coordinator. Here’s what he had to say when asked about the on-field struggles for the Wildcats.

“I would have to say the play caller, because we were down in the red zone and just couldn’t get it. That’s pretty much all I can say.”

That’s not exactly the answer that Kentucky football fans wanted to hear from one of their players, particularly with a matchup against Georgia’s top ranked defense up next on the schedule. The honeymoon phase between first-year OC Rich Scangarello and the Wildcats is coming to a swift end.