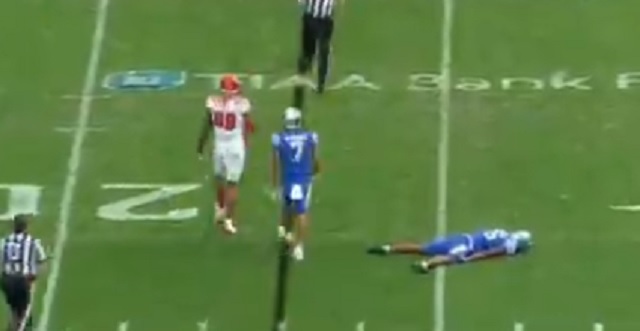 Sometimes players have to put on a bit of a performance to sell a penalty.

On Saturday afternoon, Kentucky defensive back Brandin Echols went all out to get the refs’ attention. During the game, Echols threw himself on the ground and acted like he’s knocked out after getting shoved by an NC State player. After the refs called the penalty on NC State, Echols’ teammates hilariously performed CPR on him to get him up.

Ric Flair would have been proud of that flop.

Shout out to Echols for doing the Ric Flair Flop for that push in the back. #ukfb pic.twitter.com/IabfI1Y0IN

Whatever it takes to get the flag.