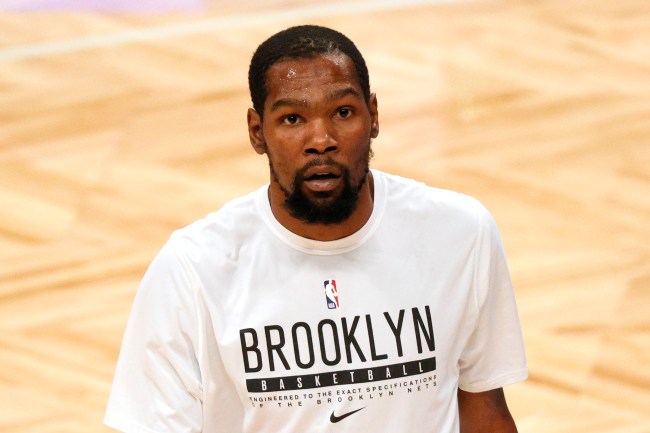 The NBA has some serious explaining to do over a bizarre situation involving Kevin Durant.

Before Friday night’s Nets-Raptors game it was reported that Kevin Durant would not be allowed to play due to “contract tracing.”

Kevin Durant will not start tonight for the Nets due to Health and Safety protocols, team says.

Kevin Durant will not be available to begin tonight’s game due to health and safety protocols, the team says. A team source said they are awaiting further updates to see if he may be available later in the game.

The NBA would later reverse course and allowed Durant to play in the game.

Kevin Durant did not undergo further testing between the start of tonight's game and when he checked in, a team source told ESPN. Durant's early absence was related to contact tracing. The person Durant came into contact with underwent further testing, leading to his availability

After Durant played 19 minutes in the game, he was pulled at the start of the third quarter by the NBA and was not allowed to return to the game.

Nets‘ Kevin Durant is out for the remainder of the Raptors game due to health and safety protocols.

Kevin Durant is out for the remainder of the game due to health and safety protocols. After missing the beginning of the game and subsequently being cleared to play, Durant is unable to play at the direction of the league, a source told ESPN.

Update: Here’s the NBA’s explanation of the Durant situation.

Adam Silver is willing to risk the health of players, staff, and all their families because of money but by all means keep saying he’s a good commissioner because he said Donald Sterling was bad

Adam Silver just winging it at this point smh.