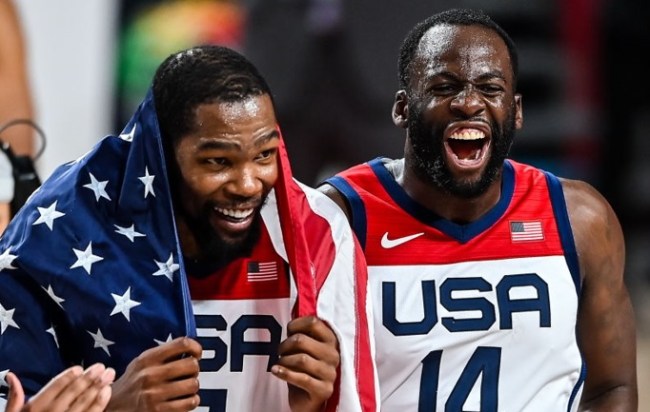 Kevin Durant is coming after everyone who doubted Team USA.

After the team struggled during their exhibition games, Durant led Team USA to a gold medal with an impressive 29 point performance against France in the championship game.

Best player in the world. pic.twitter.com/UTyhKl7h1b

After the game, Durant went on Instagram live with Draymond Green to fire shots at those who said Team USA wasn’t going to win gold at the Olympics. During the steam, Green took aim at ESPN’s Kendrick Perkins for “talking a lot of sh*t” about Team USA.

Kevin Durant: To everybody who said we were going to take the L.

Kevin Durant: They had some power rankings out and they had us fourth behind Slovenia…talking about they’re catching up to us, are you serious? This skill is unmatched…Shout out to everyone who won this gold, everybody that chipped in and helped out, we’re going to the press conference but I had to talk my sh*t real quick.