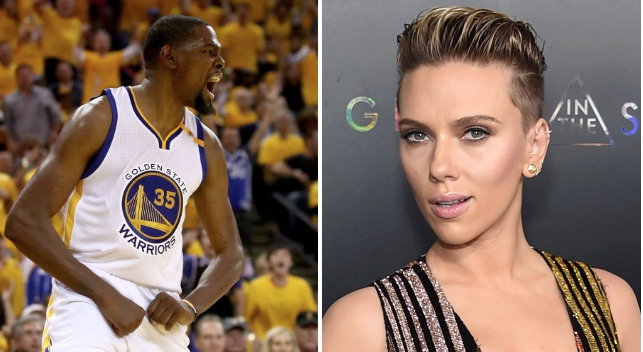 For the early part of Kevin Durant’s career, I’m not sure he knew he was already famous. He would spend inordinate amounts of time sparring with Twitter eggs about trivial things and used Twitter as a platform to announce his celebrity crushes–ie Rihanna, Beyonce, and of course, Scarlett Johansson. Here are just a few Vintage Durant tweets. 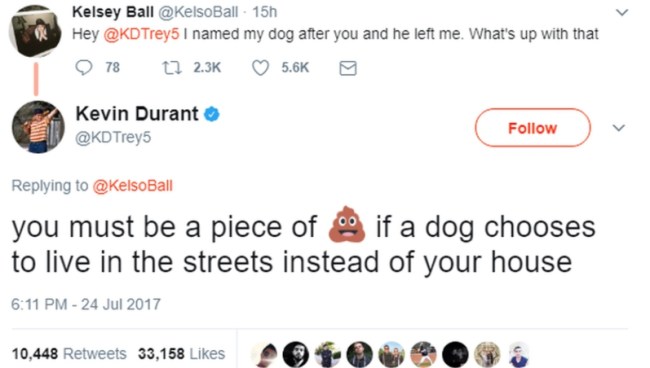 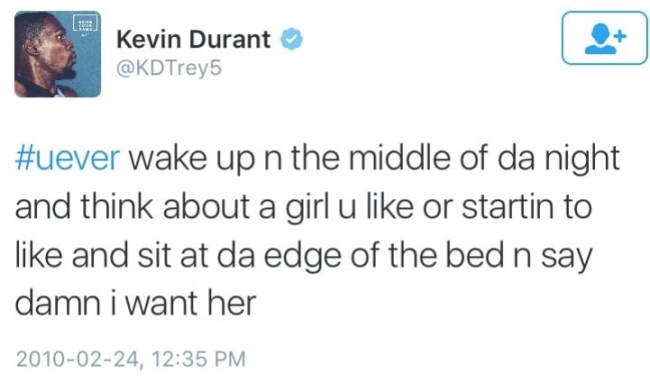 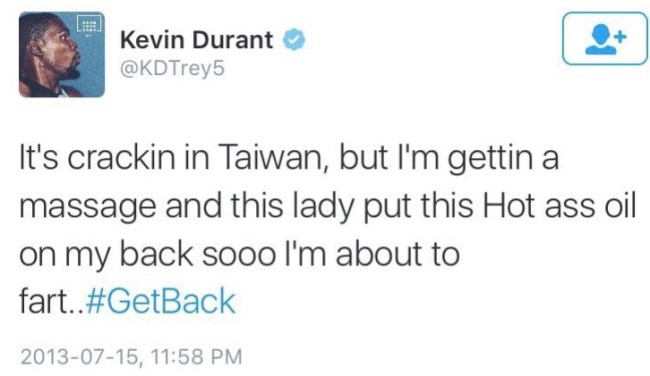 In any event, a tweet Durant posted about Johansson in January of 2011 when he was a 23-year-old rising star is going viral again after Bill Simmons brought it up on his podcast. The tweet was very…honest.

Scarlett johanneson I will drink ur bath water…#random

“@KDTrey5: Scarlett johanneson I will drink ur bath water…#random” pic.twitter.com/wafLfVHYMU

When pressed about the tweet more than five years later, Durant did not shy away from his feelings for Scarlett. He did not play the “I was hacked” card, instead he doubled down.

“I hope she is aware of it,” Durant said. “It’s strange now cuz I look really, it made me look crazy, but now it make me look real cool. I would, I actually love Scarlett Johansson, and I would do that … and she’s single now.”

Oh yes she is, KD. Back in February, Johansson has split from her second husband and father of her child, French journalist Romain Dauriac after two years of marriage. Her reasoning: “I don’t think it’s natural to be a monogamous person.”