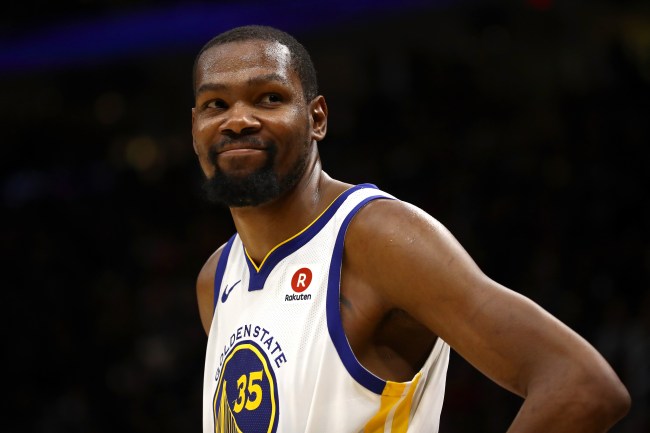 Kevin Durant is getting creative with the way he trolls fans who go on rants against him on social media.

On Sunday, Twitter user Zee The Creator went on an explicit rant going in on Durant.

‘KD Rant; Clippers/Bucks Take, Why I Always Slander Him, His Pattern of Hoe Behavior’ on #SoundCloud #np https://t.co/pznS0sRxRc

Which led to Durant commenting on his Twitter thread.

Durant responded to Zee’s rant by following Zee’s girlfriend on Twitter and liking all her Tweets.

Look at this beta male wierdo now he went and followed my girl. LMAOOOO. KD is a certified WIERDO pic.twitter.com/vPzWOondD0

Durant acknowledged what he was doing. 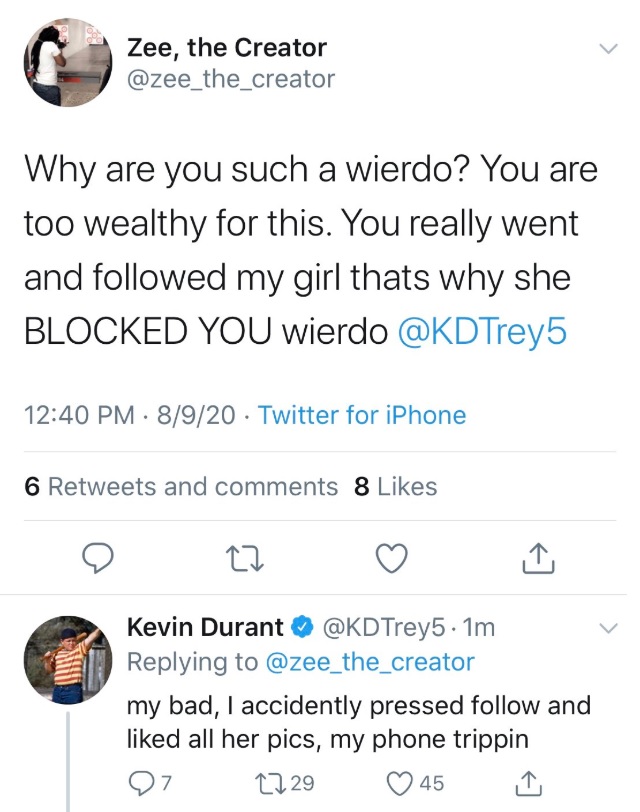 Lol youre enjoying this experience. You won’t forget about this day…ever!!

Zee seemed unfazed by KD trying to steal his girl.

Lets be clear. Whats funny bout all this is everybody is like "KD gon bag your girl" he's probably the ONLY NBA player that cant easily take someones girl LMAOOOO