A courtside fixture at NBA games around the country, The Hardest Working Man In Comedy is taking his fandom to the next level as the new face of MTN DEW KICKSTART. “I’m literally the biggest NBA fan you will ever meet,” Hart said in a statement. “In fact, you could say I’m the king of watching basketball, but I’m still looking for my CourtSidekick.”

The goal of Hart teaming up with MTN DEW KICKSTART: To bring fans #CourtSidekick, offering up coveted seats next to where he usually hangs at the NBA Playoffs. Here are the details, gratis Mt. Dew:

Through March 19, fans can enter the #CourtSidekickContest by creating a social post showing Kevin and MTN DEW KICKSTART why they’re the perfect CourtSidekick and tagging #CourtSidekickContest on Twitter, Instagram or Facebook. Once the contest closes, Kevin and DEW judges will review all entries and narrow the field to the top five finalists. Fans will then have a chance to vote to select the winner, who can also bring a friend, to kick it courtside with Kevin at this year’s NBA Playoffs. The contest winner will be announced on April 5.

This weekend during the NBA All-Star game, he’ll be serving at MC (Master of Courtside) at MTN DEW KICKSTART’s Courtside studios in a running livestream of the festivities from LA Live.

To kick things off, he dropped his first installment in a series of Dos and Don’ts on chillin’ courtside. Check that out in the video above. 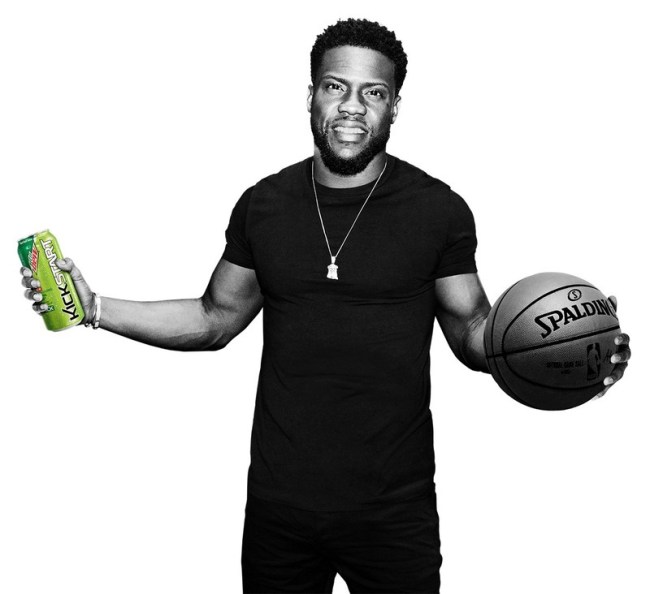