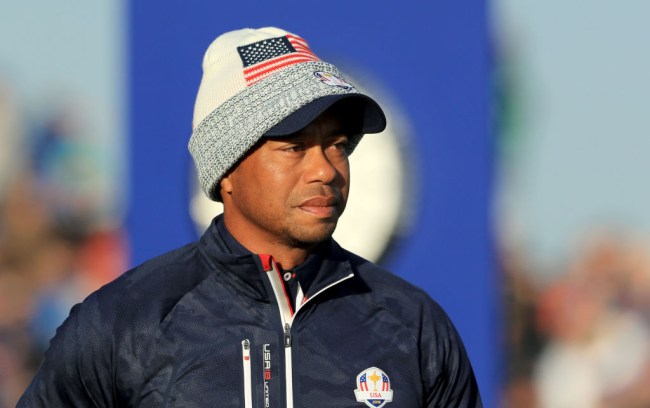 We don’t know much about the 2022 Ryder Cup at the moment outside of the fact that it will be held just outside of Rome, but Kevin Na may have just literally let The Big Cat out of the bag.

I apologize for that ‘joke’ I just made, but it had to be done.

During a recent interview with Sky Sports, Na revealed that he believes Tiger Woods will captain the 2022 U.S. team in Italy.

“My goal is to make the Ryder Cup team this year, and I know the following Ryder Cup is in Italy and the captain I believe is Tiger Woods, so that’s another thing that I’m looking forward to,” Na said.

Uh oh. Nothing at all has been reported about who may captain the 2022 Ryder Cup team. We’re in a Ryder Cup year this year, so the focus is very much so on the task at hand, but nevertheless, this is a big rumor for Na to drop.

“I heard rumors! Am I starting a rumor? That’s what I heard. Am I not supposed to say anything? I don’t know, I’ve heard rumors! I won’t tell you who I heard them from, but it wasn’t from him. It was from one of his friends!”

It wouldn’t be a surprise at all to see Woods captain the side in ’22, it’s just a surprise we’re hearing about it two years early.