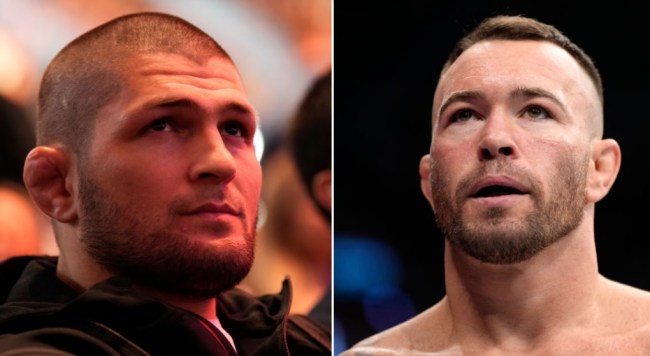 MMA great Khabib Nurmagomedov has chimed in on the Colby Covington-Jorge Masvidal beef.

On Wednesday night, Masvidal was arrested for allegedly attacking Covington at a Miami restaurant because he was angry that his rival brought up his kids during the lead-up to their UFC 272 fight a few weeks ago.

UFC star Colby Covington told cops Jorge Masvidal punched him in the face twice and fractured his tooth in an attack outside of a Miami hotspot on Monday night … police documents, obtained by TMZ Sports, show.

In the docs, cops say Covington told them as he exited Papi Steak restaurant, Masvidal “ran up to him from his left, and without notice, punched him with a closed fist two times in the face.”

Cops in the report say Covington told them one punch landed on his mouth, while the other connected with his left eye.

According to the docs, cops say Covington heard Masvidal yell, “You shouldn’t have been talking about my kids.”

Nurmagomedov, who once involved a tense beef with Conor McGregor over trash talk that got very personal, went on Twitter and is calling on UFC fighters to boycott Covington for bringing up Masvidal’s family before their fight. 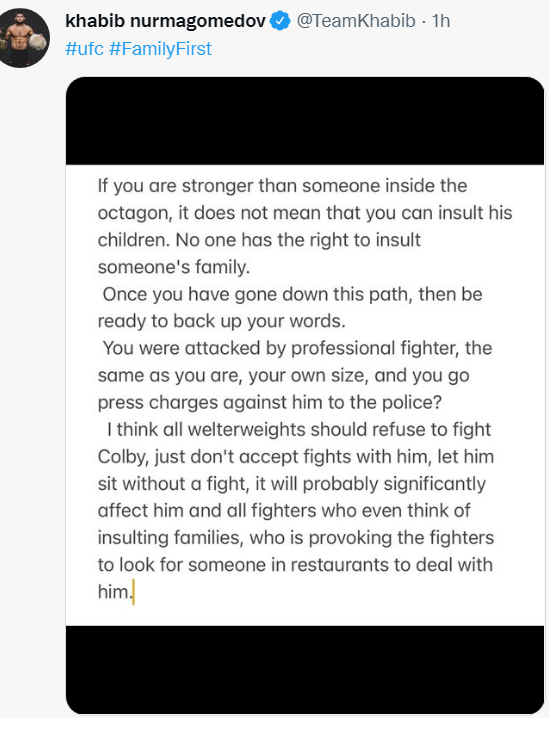 As for Masvidal, he’s currently out on $15k bond as he faces felony aggravated assault charges.

Jorge Masvidal has been released on bond, per online records. His bond was set at $15,000. https://t.co/CwYvGSi44i