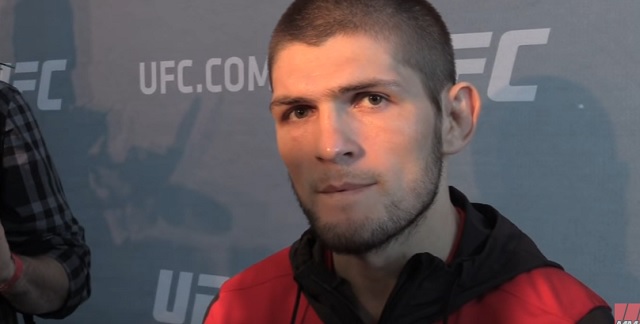 Khabib Nurmagomedov was taken to a Las Vegas hospital on Thursday night after experiencing issues during his weight cut to make the 155-pounds.

Today, the UFC announced that Nurmagomedov’s UFC 209 title fight with Tony Ferguson had to be scrapped because Nurmagedov was not medically cleared to fight on Saturday after he was released from the hospital.

Khabib vs Ferguson is officially canceled, per UFC.

UFC lightweight Khabib Nurmagomedov was transported to Sunrise Hospital & Medical Center Thursday evening due to weight management medical issues. He was treated and has been discharged, UFC officials confirmed.

The scheduled interim lightweight championship bout between Nurmagomedov and Tony Ferguson at UFC 209 has been cancelled on the doctor’s recommendation.

UFC 209 emanates from T-Mobile Arena in Las Vegas, NV. Saturday night live on Pay-Per-View at 10pm/7pm ETPT. Tyron Woodley takes on Stephen Thompson with his welterweight championship on the line in a rematch from their 2016 Fight of the Year contender at UFC 205.

The winner of the Nurmagomedov-Ferguson fight was being seriously considered as a potential future matchup vs. Conor McGregor.