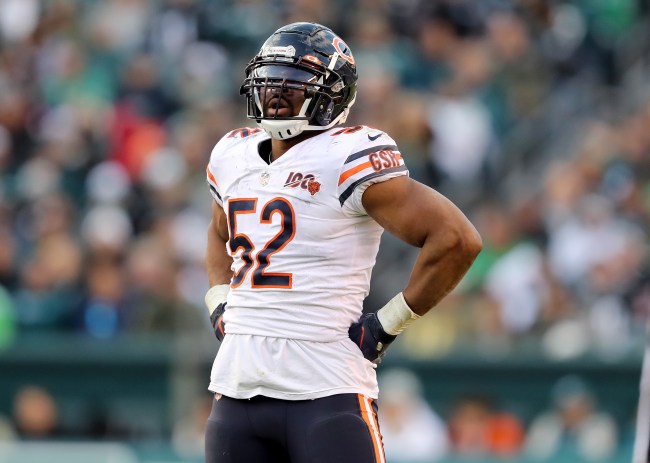 The Bears have lost four straight. The Bears reside in the basement of the NFC North. The Bears are the Bears.

It’s totally understandable if Khalil Mack just wants to shut off the lights, lock the door, and refuse to face hundreds of disappointed fans and the rich shithead kids that reside in his affluent Glencoe, Illinois neighborhood.

There are many ways Khalil could achieve this while avoiding the neighbors bringing their dogs to shit on his front lawn, but the 28-year-old All Pro decided to take a bizarre path that was not received well by the community.

Instead of spending a fraction of his $90 million contract to buy a few hundred King Sized candy bars, Mack used his money to hire a security guard to essentially tell kids to fuck off.

Khalil Mack Was Not Handing Out Candy This Year For Halloween

Bro. At least give the security guard a few Snickers bars to pass out to these little piss ants.

Also, some cursory investigative journalism reveals that this is, in fact, Khalil’s home. He the six bedroom, seven-and-a-half bathroom mansion in September of 2018 for $3.75 million.

No word on how many eggs were thrown at the house that day or how much toilet paper was wrapped around his trees, but at least he could put the TP to use seeing as the Bears are SHIT!

Moral of the story: You can’t spell Halloween without multiple L’s.