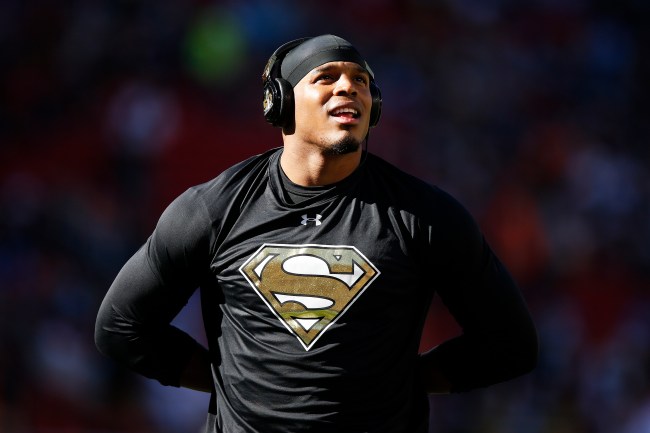 We already have an apology from the kid who thought it was a good idea to talk trash to Cam Newton.

On Sunday, a video went viral depicting a teenager heckling Newton on the sidelines of a youth football game.

Cam Newton had to deal with a very persistent heckler at a youth football camp. 😳 🤷‍♂️

While NFL players immediately criticized the kid for being disrespectful, Newton took the whole thing in stride and posted a classy Instagram post addressing the situation.

I see there are alot of things festering out there that I see have took place over the weekend…To the natural eye you see me asking the young man “Where is your dad at?” but to me talking to a child with everyone looking does me no good, so instead of speaking or going back and forth with a child, I wanted to have a man to man conversation with his father.

People often forget as athletes that are often seen on TV, loved by most hated by some, people often forget we are real dads, real friends, real brothers, real sons, real human beings etc, with that being said, when I attend tournaments all across the country with my Allstar team, I have given my time, my energy and my expertise to these kids coming into our program over 11 years and that is not what people want to hear or even want to see. people want to see me arguing with another young man and to see me get in my feelings, but the truth is this, I impact kids lives in a positive way, make no mistake about it I allow kids to realize there “out” by using their football talents to get them to the next level and in most cases out of the hood, so with that being, have yourself an unbelievable rest of your day

Less than 24 hours after the incident, the kid in the video issued an apology to Newton.

Hopefully, this ends this bizarre saga and the kid learned his lesson.