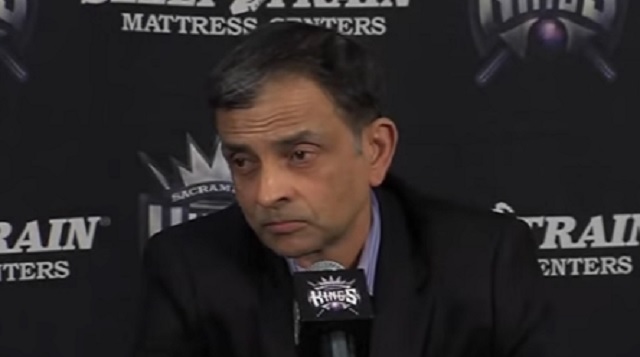 On Sunday, the Kings reportedly took a lesser deal for their franchise player DeMarcus Cousins because Ranadive believes Hield is the next Steph Curry.

There were objectively better deals available for the Kings, but since they think so highly of Buddy Hield, that's the direction they went.

Now we’re learning that Ranadive told Hield ‘we’re still going to get you’ when the Kings and Pelicans played each other this season.

In his 2 games in Sacramento as a member of the Pelicans, Buddy Hield said Kings owner Vivek Ranadive would say: 'we're still gonna get you'

Ummm, get out as fast you can Buddy.