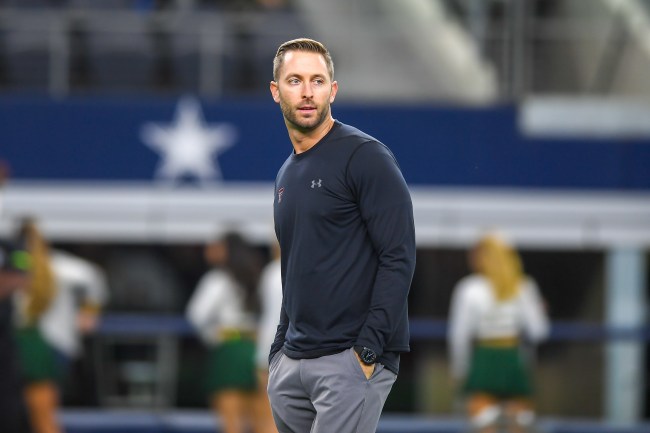 Kliff Kingsbury may have just gotten canned a few weeks ago from his job as head coach at Texas Tech, but he wasn’t out of work for too long, with plenty of teams looking for his services. After all, the dude is known for building an explosive offense, and has helped groom some of the top young NFL quarterbacks, like Pat Mahomes and Baker Mayfield, among others. So it’s no wonder why he had options for his next role, with him ultimately joining the USC Trojans as their offensive coordinator.

But, let’s be honest, the one thing that most people associate Kliff Kingsbury with are his good looks. The dude is a friggin’ stud, looks like Ryan Gosling and seems to be a pretty cool character. I won’t go as far as saying that I’ve got a full-blown man crush on Kingsbury, but, man, dude’s definitely living his best life.

Considering he’s successful, has those good looks and isn’t afraid to show off some charm, it’s probably not too surprising to hear Kliff Kingsbury says he uses it all to his advantage when recruiting a college football player. In fact, he blatantly revealed his recruiting strategy to Dan Patrick, saying he definitely drops a little mack line on the kid’s mom.

Kliff Kingsbury, when asked on the Dan Patrick show, on if he flirts with recruits' moms: I might just say, "I see where your son gets his good looks from."

Hey, can you blame the guy? If you know how to do it, and it works, you’ve got to use it to your advantage. Hey, in the world of recruiting, if it’s within the rules, it’s fair game.

I just envision Kliff Kingsbury walking into the household of a potential recruit with the most pristine five o’clock shadow, the perfect amount of cologne and a watch that grabs everyone’s attention before calmly sitting down and laying on some charm towards the Mrs. before even talking to the recruit. Hey, mama knows best, right, so if you impress the mom, you’re almost guaranteed the player.