The Knicks, Somewhat Predictably And Certainly Hilariously, Are ‘Expected’ To Be Penalized For Tampering 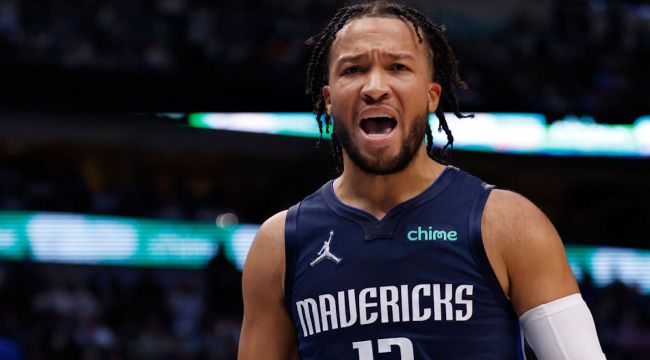 Desperate to inject their franchise with a remote semblance of excitement, the New York Knicks put on a full-court press to sign former Dallas Mavericks guard Jalen Brunson, as they inked the 25-year-old to a 4-year, $100 million contract.

Because the Knicks are the Knicks, though, it appears as though even landing a marquee signing won’t come without a bit of controversy — other than the fact that they give a triple-digit deal to a player who is averaging about 12 points per game thus far — as reports indicate the organization is expected to be penalized for tampering.

Knicks “expected” to be penalized for tampering over Jalen Brunson signing

From what I’ve gathered, the Mavericks are quite frustrated with the Knicks — and not just because reports of a finished deal came out before New York was even allowed to speak with Brunson (though I am not sure how tampering rules account for father-son relationships, and this situation involves two of those).

Dallas wasn’t thrilled about Knicks executive William “World Wide Wes” Wesley showing up courtside to a Mavs-Jazz playoff game, either.  People I talk to around the league expect the Knicks to get dinged for tampering. [via The Athletic]

After making the playoffs during the 2020-2021 season, the Knicks regressed back to mediocrity last year as they missed the playoffs entirely with a record of 37-45, which was good for 11th in the Eastern Conference.

RELATED: The New York Knicks Achieved Ultimate Knicksdom By Knicksing All Over The NBA Draft