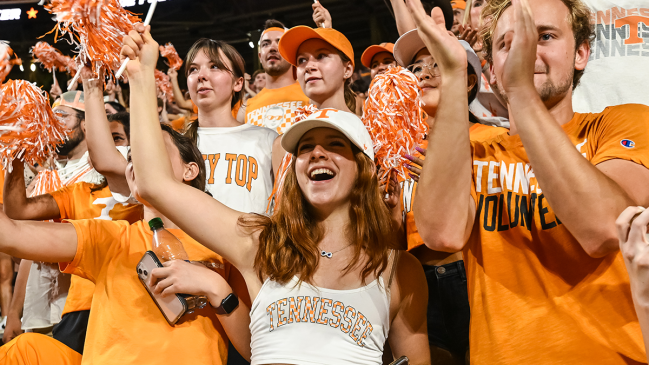 If you’ve kept tabs on the University of Tennessee football program, you’re likely aware the team is certainly no stranger to controversy. The school spared no expense attempting to avoid the death penalty after it was accused of multiple NCAA violations concerning illegal payments to players a couple of years ago, and it’s also had some issues avoiding some comparatively minor infractions that have still forced it to deal with some avoidable headaches.

Now, the football team has found itself making headlines for all of the wrong reasons yet again, as the city of Knoxville now has the Vols in its sights over a controversy stemming from beer sales at Neyland Stadium.

Prior to the start of the 2019 season, Tennessee provided its fans with some exciting news after it announced spectators at home games would finally have the chance to get their drink on during games by purchasing beer inside the storied venue. It initially appeared to be a good move, as the school not only moved $1.5 million worth of cold ones during that campaign but saw a decline in the number of people who were arrested or ejected at games for being overly intoxicated.

However, the good times could be on the verge of coming to an end based on a report from The Knoxville News Sentinel concerning some major friction between the company tasked with overseeing those transactions and officials in the city the school calls home.

According to the outlet, the city of Knoxville recently filed an official complaint against Aramark (the vendor tapped to handle beer sales at football games) accusing it of not only selling beer to underaged attendees on three separate occasions during the 2022 season but playing an instrumental role in fostering a “disorderly” environment at Neyland Stadium.

The two sides are currently engaged in a legal battle ahead of a hearing later this month that could result in Aramark getting hit with a 60-day ban on beer sales next season—a ruling that would prevent fans who attend Tennessee’s first three home games from purchasing adult beverages inside the venue.

Is failing to properly vet IDs at a college football game a fairly serious oversight? Absolutely. With that said, you have to wonder if the city of Knoxville is really that concerned about people getting too rowdy when you consider a ban on beer sales will likely result in Vols fans reviving the time-honored tradition of shotgunning a beer and ripping three shots before heading into the game.