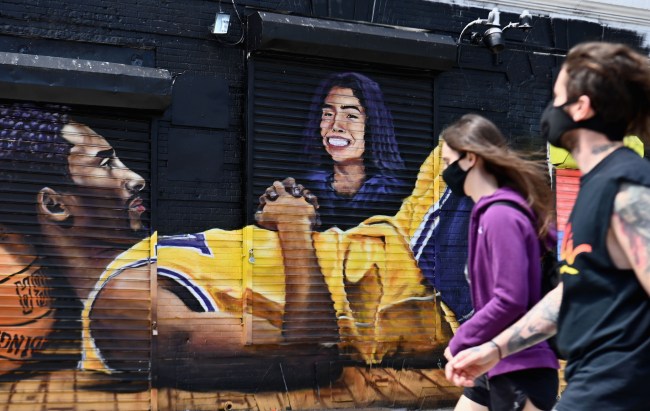 For the past week protests and riots have broken out in nearly every major city in the country in response to the murder of George Floyd by Minneapolis police officer Derek Chauvin, but despite the chaos people in LA have been protecting their neighborhood murals of the late Kobe Bryant. 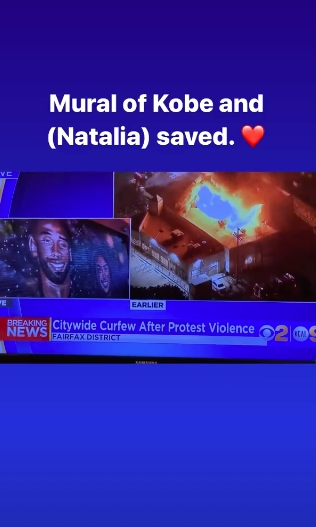 She also shared various pics of the murals around the city and they’re all still intact.

Despite the large amount of graffiti done during the protests in Los Angeles, all Kobe & Gianna murals have been completely untouched.

Thankfully every Kobe mural in the city is untouched. RESPECT for the Mamba pic.twitter.com/2GrXZhnAgm

they vandalized and looted, but kept Kobe's mural clean pic.twitter.com/Ltv7XghuHz

Vanessa would later post a heartfelt message showing support for the protests.

“My husband wore this shirt years ago and yet here we are again.💔#ICANTBREATHE(repost/photo credit unknown) plz tag 📷 Life is so fragile. Life is so unpredictable. Life is too short,” she wrote.

“Let’s share and embrace the beautiful qualities and similarities we all share as people. Drive out hate. Teach respect and love for all at home and school. Spread LOVE. Fight for change- register to VOTE. Do not use innocent lives lost as an excuse to loot. BE AN EXAMPLE OF THE CHANGE WE WANT TO SEE. #BLACKLIVESMATTER ❤️.”