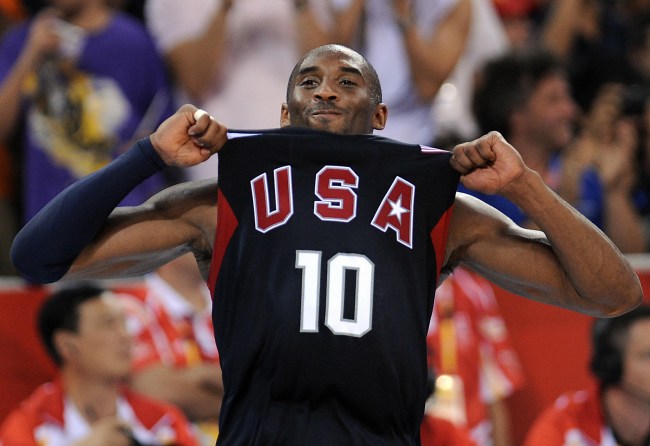 With the Tom Hanks Disease bringing life as we knew it to a standstill, I ventured over to NBA Reddit to revisit the game I love in these trying times.

I was immediately met with more complicated feelings as one of the hottest posts on NBA Reddit involved the greatness of Kobe Bean Bryant in the 2008 Olympics.

A little context: The U.S. Olympic team was coming off its most disappointing showing in 2004 after losing three games, the most ever lost by a USA men’s Olympic basketball team. Team USA lost in the semifinals to Argentina by a score of 89-81, securing Bronze medals that ended up on eBay or in a dumpster.

Our men had four full years to chew on the disappointment, and in 2008 were thirstier than ever for blood (hence the Redeem Team moniker).

En route to a gold medal, the U.S. met Argentina in the semis again and this time, we had Kobe on the roster (and Manu Ginobili went down with an ankle sprain, but that’s neither here nor there).

During the battle, Kobe began jawing in Spanish with Argentinian center and former Houston Rocket Luis Scola. The chirping became so enduring that LeBron James was forced to play mediator during a Chris Bosh free throw. Kobe got the last laugh and the U.S. rolled to a 101-81 win.

Arguably the worst tactical decision one could make is to irritate Kobe Bryant, especially during the 2008 Olympics when he was just remarkable.

Kobe was special during the 2008 Olympics 🏆💯 pic.twitter.com/lPhGvsFPF2

Can you believe that four years later, in 2012, Scola still had not learned the consequences of messing with the red, white and blue?

The United States won by 29.