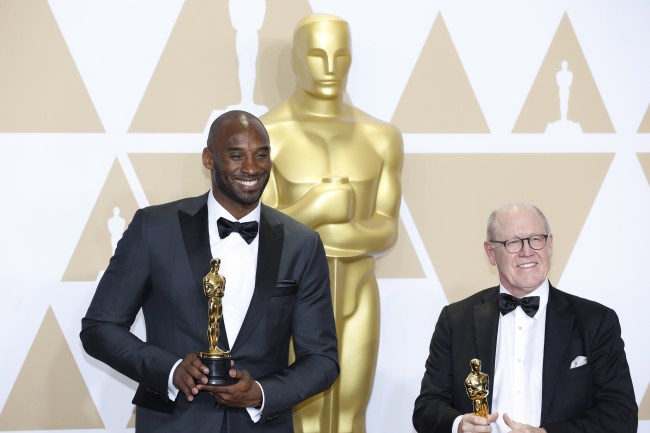 Update: The film was apparently mistakenly uploaded to the website and has since been taken down.

For a brief period of time on Monday, Kobe Bryant’s Oscar-winning short, “Dear Basketball” was available on Dearbasketball.com following his tragic death on Sunday but has since been removed.

The film directed and animated by Glen Keane, features Oscar-winning composer John Williams providing the musical score and is narrated by Bryant. The film is based on a poem Kobe wrote in November 2015 in The Players’ Tribune to announce his retirement from basketball.

"This season is all I have left to give." @kobebryant pens a letter to basketball: https://t.co/hu5CUoXHhJ pic.twitter.com/1ogKdH7buP

After winning the Oscar for the short Kobe spoke about wanting to continue expanding into Hollywood to create more opportunities for minorities in an industry that lacks diversity.

As one of the greatest basketball players to ever live, Kobe Bryant also made history when he became the first Black person to win an Oscar for Best Animated Short. He wanted to help diversify and uplift different voices in the animation business. This loss hurts. pic.twitter.com/uDAPt7vezv

“Now there’s a greater sense of responsibility. How do I provide more opportunities for even more diverse and new voices to be heard in this industry?” . “In the animation business, there’s a serious lack of diversity.”

While the movie is no longer available on the website you can watch a trailer of the Oscar winning short on DearBasketball.com