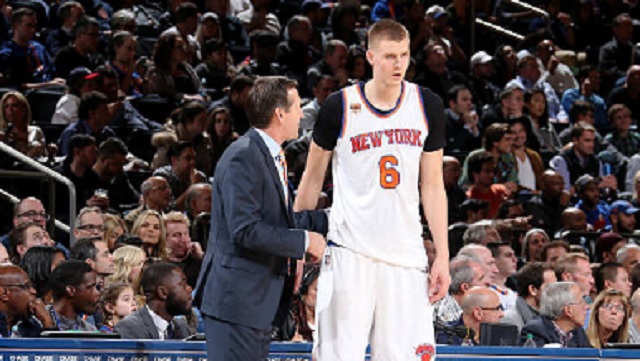 At the end of the season, Knicks superstar Kristaps Porzingis mysteriously skipped out on the team’s exit meeting which left many in the media baffled. Three months later and it appears that we may finally know why Porzingis decided to leave his team high and dry.

According to Peter Vecsey, Porzingis was pissed at coach Jeff Hornacek for telling the young Knicks star through an intermediary that he’d like him to stop “playing like a pussy.”

According to a report by Peter Vecsey, Hornacek rode Porzingis hard last season and their feud culminated in explosive fashion. Willy Hernangomez is Porzingis’ best friend on the team, and at one point, Hornacek reportedly cornered the Spanish big man and told him to tell Porzingis to stop “stop playing like a pussy.” That led Porzingis to skip out on his exit interview and basically shut down any relationship with his head coach.

Vecsey went on to report that Hornacek’s relationship with Porzingis is much better now and that they are on speaking terms but we’ll have to see how long that lasts.