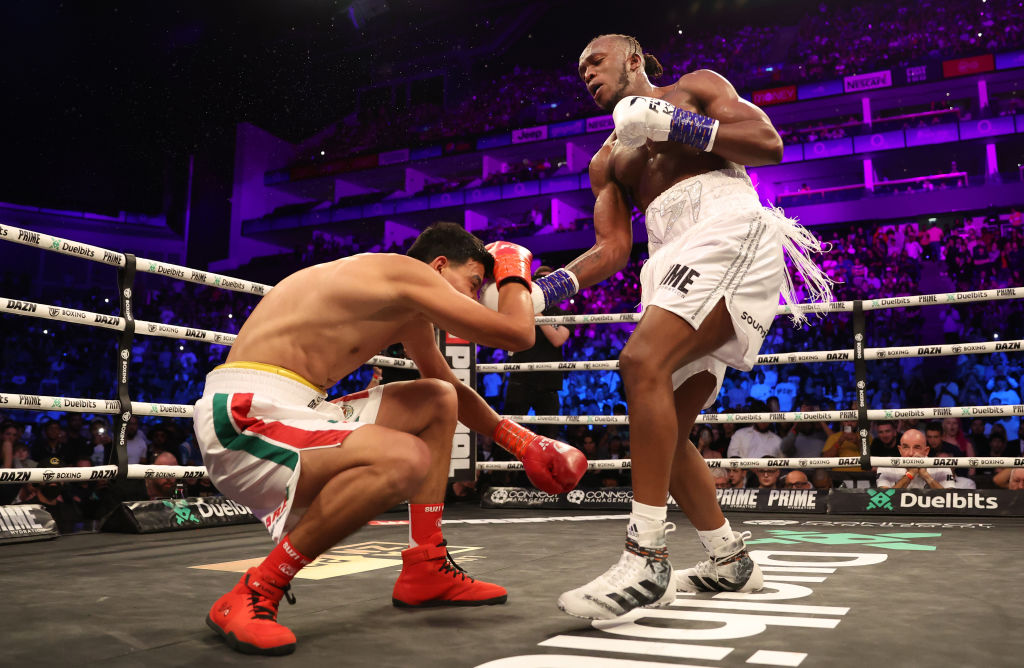 Youtuber KSI made his return to boxing after nearly three years since beating Logan Paul, and it was an absolute clown show.

On Saturday, KSI fought two opponents on the same night, but they were both pretty awful.

First, KSI fought rapper Swarmz, who ran around the ring instead of throwing punches.

He can’t be serious 🤦🏽‍♂️ pic.twitter.com/KPtfAG1K2l

KSI then went on to fight “professional boxer” Luis Pineda, who may not have thrown a single punch all night.

Fans ripped into KSI over the embarrassing fight.

That fight was embarrassing to watch

That reminded me of a gym bully beating up newbies. Embarrassing. I rate KSI but that was awful.

The Ksi fight is absolutely embarrassing. LUIS ALCARAZ PINEDA is like the victim of a school bully fight. This should never of made the TV.#KSIPineda #ksi

This was the most embarrassing fight i have ever seen in my life. And they laughed at @jakepaul for fighting some basketball player. Atleast that guy punched back . Ksi next fight has to be against Jake Paul we all want it.

Ksi's fights were straight up embarrassing. Who chose this people? I legit feel bad for this peneda kid like what is going on??? Every other fight was far more interesting and entertaining. Peneda looks like a victim💀

Of course, Jake Paul had some thoughts on KSI’s fights.

Smart man KSI is not calling me out. He knows the truth.