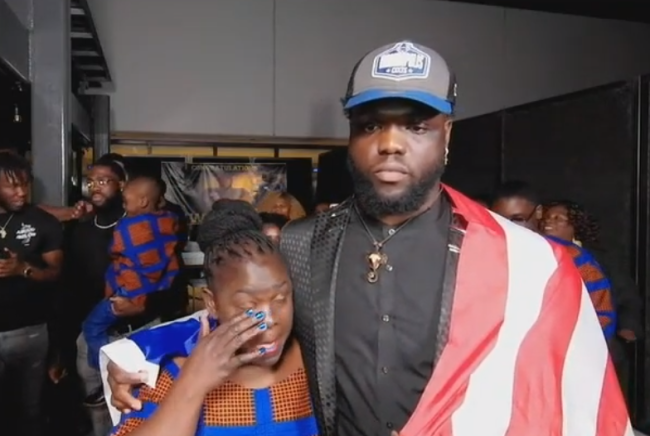 Michigan standout defensive end Kwity Paye and his mom had the best moment of the NFL draft.

During the draft, Paye told his story on how he was born in a refugee camp in Guinea after his mother fled Liberia due to civil war.

Before heading out to college, Paye, now living in Rhode Island, promised his mom that he was going to make it to the NFL so that she would never have to work again.

Paye got drafted by the Indianapolis Colts late in the first round on Thursday night and during a live interview, he told his mom that she would never have to work again.

New Colts pass rusher Kwity Paye telling his mother that she’s done working and will be retiring is an amazing moment 🙌 pic.twitter.com/Bti1MHWBmn

Here’s the full story about Kwity’s mom escaping civil war and making her way to the United States.

Named after his grandfather who couldn’t escape Civil War.
Named by his mother who did — twice.