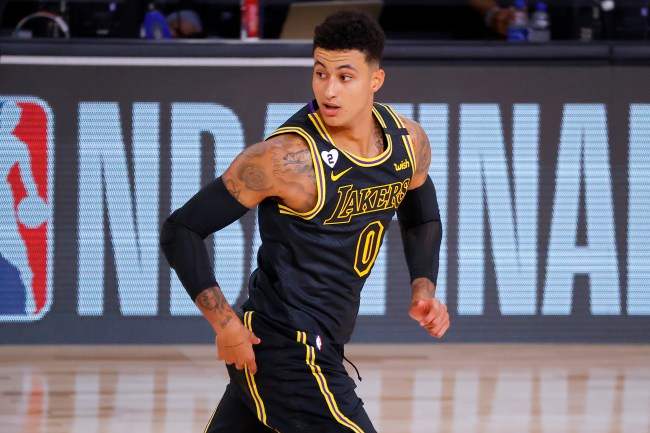 Lakers forward Kyle Kuzma has been trolled throughout his career but fans took it to another level this weekend.

On Saturday, NBA fans began circulating a petition to prevent Kuzma from receiving a ring if the Lakers end up winning a championship.

Finally a petition that matters pic.twitter.com/w1oN95mIuy

It has already received over 5,000 signatures pic.twitter.com/lqmH7ziEpG

After the Lakers game 3 loss, Kuzma was asked about the hate he gets from trolls on Twitter after the petition went viral, and he seems unbothered by the whole thing.

Kyle Kuzma on social media hate: "I honestly don't care … I dyed my hair blonde this year, I don't give a fuck. Twitter is for jokes. It really doesn't affect me at all."

A petition went "viral" earlier today suggesting that he doesn't deserve a ring if the Lakers win a chip.

Kuzma has more pressing matters than thinking about Internet trolls now that the Heat have played themselves back into the series with their game 3 win.