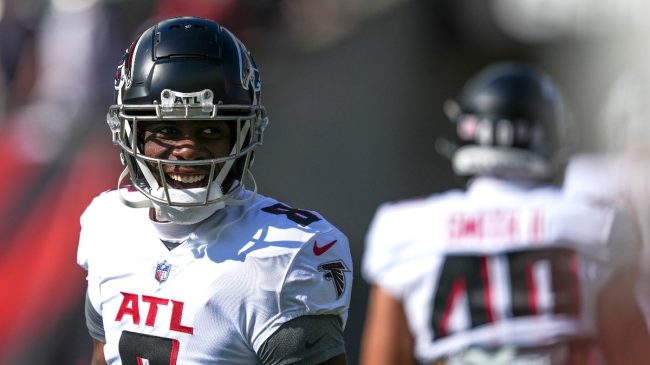 The Atlanta Falcons have played a bit better than many expected. In large part to the defense stepping up and the offense utilizing an efficient rushing attack. However, many want to see Kyle Pitts get more included in the passing attack. Now, the superstar tight end shares his thoughts on the matter.

“It’s about the team, it’s about us winning, it’s not about my individual stats.”

Superstar TE #Falcons @kylepitts__ tells @AdamSchein about his growth as a pro.

When will people learn? Teams, players, and coaches do not care about fantasy football. They only care about winning. Based on the results so far, the Falcons are doing just that as they reside in first place in the NFC South.

To be fair though, it wouldn’t hurt to throw the ball to Kyle Pitts a little more often. The kid is an absolute stud and has all of the potential in the world. Even so, tight ends typically take a while to adjust to the professional level and Pitts has plenty of time on his hands.

Additionally, it’s cool to hear the star tight end support his head coach. Clearly, Arthur Smith has showcased a great example of leadership as the entire Falcons team seems to buy into his approach. Look for Kyle Pitts to continue developing as a player. And who knows? Maybe the second half of the 2022 season is Pitts’ time to shine.