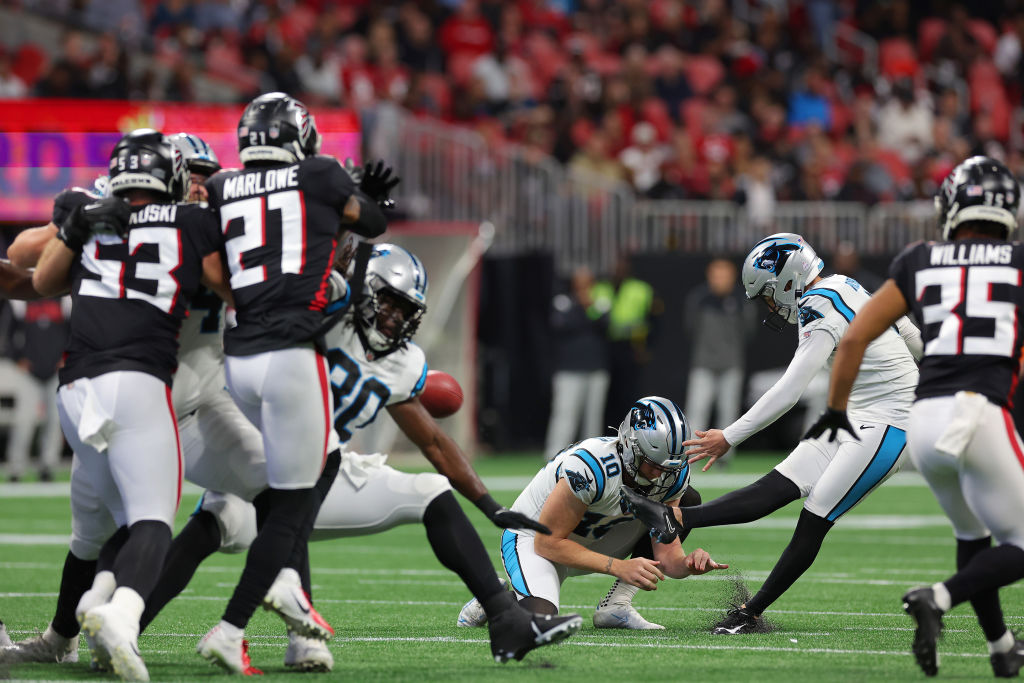 On Sunday, Pineiro missed several kicks that could have won the Panthers their game against the Falcons.

After DJ Moore scored a late touchdown to tie the game 34-34 with 12 seconds left, he was penalized for taking off his helmet while celebrating.

OH MY GOD!! THE PANTHERS MISSED THE EXTRA POINT! 😭😭😭😭 pic.twitter.com/jhm4c46jRy

The Panthers went on to lose the game, and a video of Pineiro taking selfies during pregame warmups went viral.

Panthers fans are now calling for Pineiro to get cut for taking selfies instead of practicing.

should be immediately cut https://t.co/hCgnAr3QBD

Yeah and that’s exactly why yo ass is cut. Take them selfies from ya couch next Sunday weak ass bum @EddyPineiro https://t.co/1GUtB8tVc7

He missed a 48 and a 33. He did not miss pregame selfies tho. https://t.co/jkBjAEpmiv