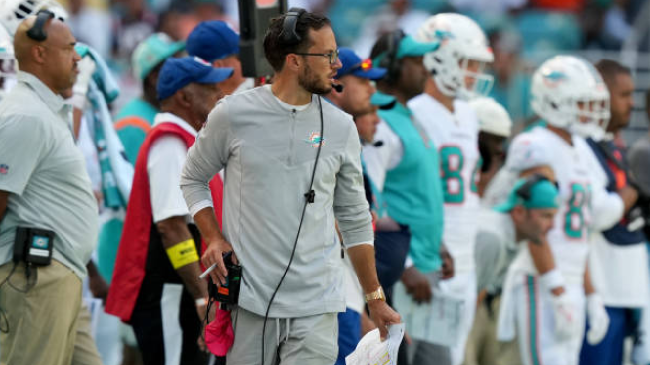 Mike McDaniel must not have been a very pleasant person to stand next to during his days with the San Francisco 49ers.

Yesterday, McDaniel revealed that during his time as a coach for the San Francisco 49ers, he wouldn’t shower for days after game day. According to McDaniel, he was able to make it all the way to Wednesday some weeks without showering after a game.

Line of day: McDaniel says in SF he could push it from game day to almost Wednesday without showering. "Now, it would be obvious."

McDaniel said that he was able to get away with it because he didn’t have as many people around him during the week when he was an offensive coordinator, but would have to change this habit now that he’s a head coach.

Today, Shanahan was asked about the admission from his former offensive coordinator and confidently confirmed that the story was true.

Hopefully this was just something Shanahan was told about and not something he knows because it was something he was unfortunate enough to smell while standing near McDaniel during practice.

Luckily for Miami Dolphins personnel, McDaniel he will no longer be going so long without worrying about his personal hygiene.

The change in his routine doesn’t seem to have had a negative effect on his coaching ability yet as the Dolphins walked away with an emphatic win over the New England Patriots in Week 1.

Whether or not he continues to win, everybody around the Dolphins facility will likely be happy as long as he just keeps showering.