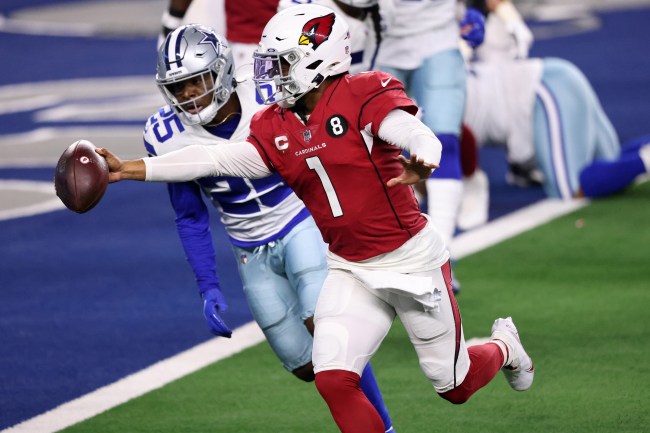 Kyler Murray appears to have been caught in a lie by Cowboys fans.

Last week, the Texas native and current Arizona Cardinals QB was at a photoshoot for the cover of the latest Sports Illustrated edition with eSports team, FaZe Clan, when he was asked if he had ever rooted for the Cowboys while growing up. Murray quickly denied ever being a Cowboys fan because the team has always been “ass.”

“Growing up in Texas you gotta be a Cowboys fan..”

Kyler Murray: “they were always ass.”

Unfortunately for Murray, fans immediately found an old picture of him rocking a Cowboys jersey when he was a kid.

Kyler may or may not been a fan of the Cowboys while growing up in Texas but he’s probably not wrong about the team being “ass.”