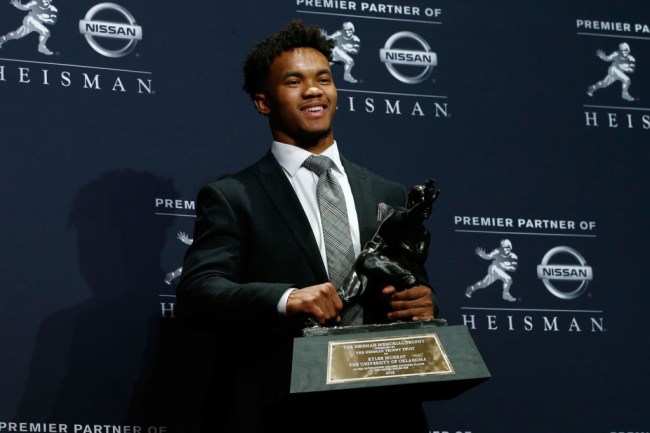 Oklahoma quarterback Kyler Murray was recently awarded the prestigious Heisman Trophy as the best collegiate football player in the country. The 21-year-old threw for over 4,000 yards and 40 touchdowns in the 2018 regular season to lead the fourth-ranked Oklahoma (12-1) to the semifinals at the Orange Bowl against the formidable Alabama Crimson Tide.

Murray’s accolades continue to pile up on each other, a process that began before he ever put on a college uniform. As a quarterback at Allen High School in Allen, Texas, Murray won three straight state championships and 43 games in a row, finishing his high school career with a perfect 42–0 record as a starting quarterback. The five-star recruit was ranked the best dual-threat quarterback in his class and was awarded a laundry list of awards. To name a few:

Imagine being this good at one sport and knowing that if football doesn’t work out, you can make a living playing baseball. Murray was drafted with the ninth overall selection in the 2018 MLB draft by the Oakland Athletics and is expected to report to the A’s spring training in 2019.