Kyler Murray Responds To Speculation About The Arizona Cardinals Trading Him 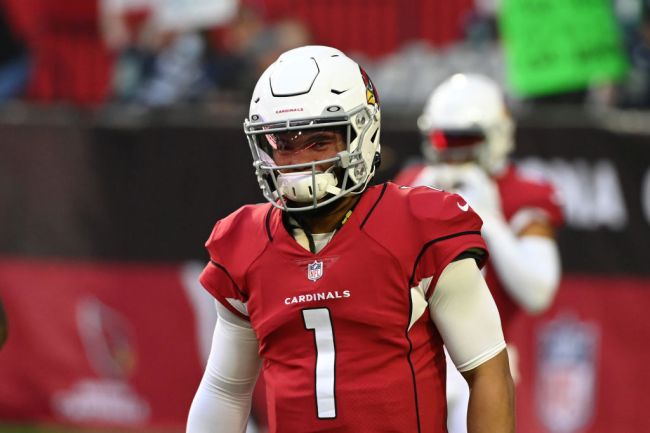 This offseason has been full of speculation about Kyler Murray and the Arizona Cardinals.

It all started with the now infamous deletion of the Cardinals from Murray’s social media accounts. That quickly led fans to wonder if he wanted out.

Then more stories came out about his behavior during the Cardinals’ playoff loss to the Rams and concerns about what kind of teammate he is.

Then things really got interesting when it was reported that Murray was looking for a contract extension with a year and a 5th-year option left on his rookie deal. Those contract talks didn’t seem to be going anywhere and Murray’s agent had supposedly pulled their offer and set the draft as the deadline to negotiate in case Murray wanted to be traded.

However, it seems now that a Kyler Murray trade might not be something Arizona Cardinals fans have to worry about. Today, Murray responded to a video of Patrick Peterson saying he could see Murray playing somewhere other than Arizona. Murray called Arizona home and said that he wants to win Super Bowls with the Cardinals.

I wanna win Super Bowls with the Cardinals, AZ is home. https://t.co/xwEw42uDBl

He also replied to a tweet about the Cardinals’ GM saying that there is “zero chance” Murray will be traded with a simple “100”.

With the Cardinals GM, owner, and Kyler Murray himself chiming in on this matter, it seems like we officially have our answer on whether or not there’s any chance Kyler Murray gets traded this offseason. I guess we’ll just have to speculate about one of their NFC West rivals for a while.