Kyrie Irving Got Heated When Lakers’ Dennis Schröder Called Him The N-Word, Explains Why On Twitter 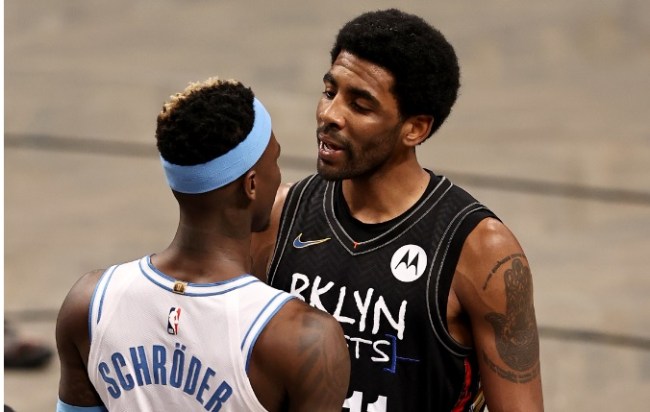 Kyrie Irving is not a fan of anybody using the N-word.

During Saturday’s Nets-Lakers game Irving got ejected from the game after got into a heated back and forth with Lakers guard Dennis Schröder.

A Twitter user captioned what was said between both players and it appears Irving took issue with Schröder using the N-word to address him.

All praises to God(Allah). I pray this world finally cleanses itself from the inside. God has seen enough from these Devils running around here confusing and dividing people up. The Brain washing, the indoctrination, the conditioning that we all went through is coming to an end.