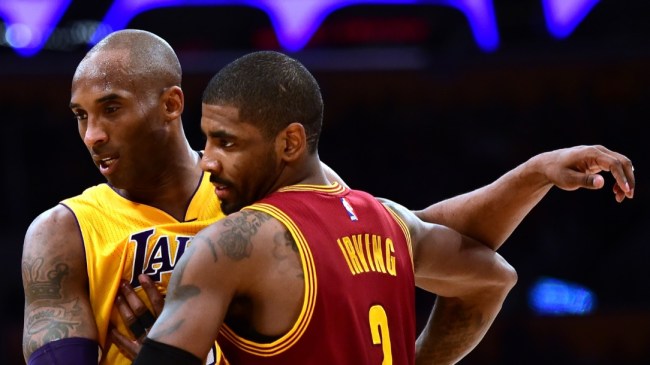 Brooklyn Nets star Kyrie Irving is advocating for a new NBA logo. On Wednesday, Irving posted a picture calling for the league to change its logo to honor his mentor and close friend, the late Los Angeles Lakers legend Kobe Bryant.

Vanessa Bryant is currently on board with Kyrie’s suggestion.

The logo is reportedly modeled after Jerry West who has called on the league to change it for years. Unfortunately, it appears the NBA isn’t interested in changing the logo any time soon.

West has suggested in the past the league change the logo to Michael Jordan, considered by many the greatest player of all time and certainly one of the most influential players in league history.

The NBA has never expressed any interest in that change. Again, it has nothing to do with Jordan. It has to do with picking anyone.

Sources familiar with the league’s thinking said there is no interest in having an individual player as its logo because there are so many who have been instrumental in the growth of the game and the NBA. Generic is better.