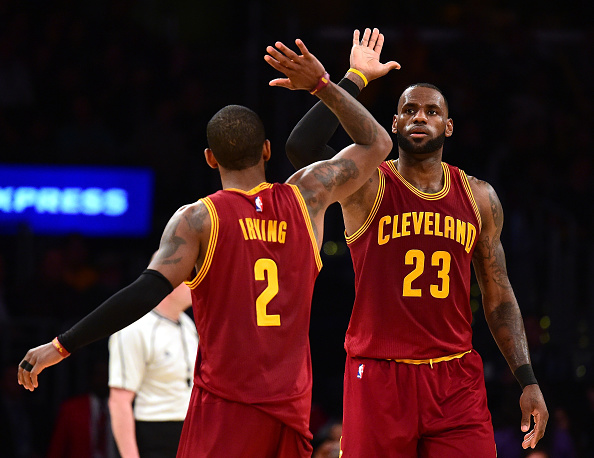 Over the weekend, a frustrated Kyrie Irving ripped his young Celtics teammates for “lacking experience” after the team suffered a tough loss to the Orlando Magic.

Kyrie continued with “There were no expectations last year. Everyone played free and easy. Everyone surpassed whatever they expected for themselves. This year? We all have high expectations. The players, the coaches, everyone. And that’s good, but we aren’t doing it yet.”

Tonight the Celtics got a big win against the Toronto Raptors and after the game Kyrie, who forced a trade from the Cavs two years ago because he was tired of being coached up by LeBron James, said that that he called James following the loss to the Magic to apologize after he realized that being a leader to young players isn’t easy.

Kyrie Irving on recent criticism of his younger teammates: “I should have kept it in house.”

Kyrie said he called LeBron after the Orlando game and apologized for being that young guy who didn’t quite understand what LeBron was going through as a veteran leader.

Kyrie said he called LeBron after loss in Orlando to ask about leading group of young guys. "It's good to reach out for help."

Kyrie Irving said he called LeBron James and apologized. Said sometimes getting the most out of your group is not the easiest thing.

Kyrie said he called LeBron to apologize for not understanding how hard it is to lead a team. 👀 (via @nicolecyang) pic.twitter.com/A2peDQsRHv

Maybe Kyrie is finally growing up after all.