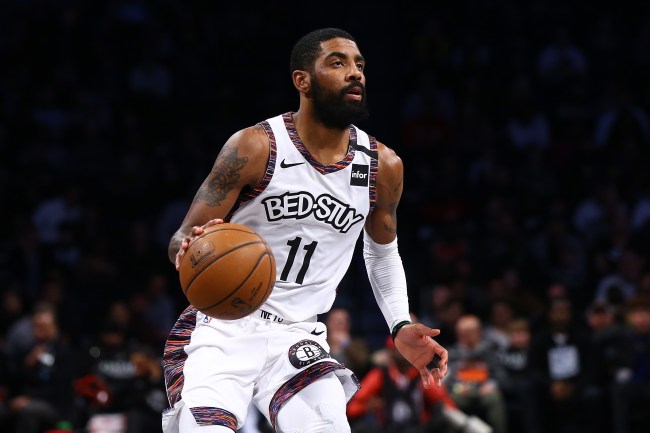 Kyrie Irving is apparently trying to become the first NBA player to shun the media for an entire season.

According to ESPN’s Brian Windhorst Kyrie has vowed not to speak to the media this season.

On ESPN’s The Jump, Brian Windhorst reports that Kyrie Irving has announced he'll be doing a media black out and not speaking during the season.

It seems his words get misconstrued whenever speaking publicly, so I understand the choice.

Here's the video, by the way: pic.twitter.com/xB4RMXkuP9

Instead of talking to the media on Friday, Irving released a statement instead. 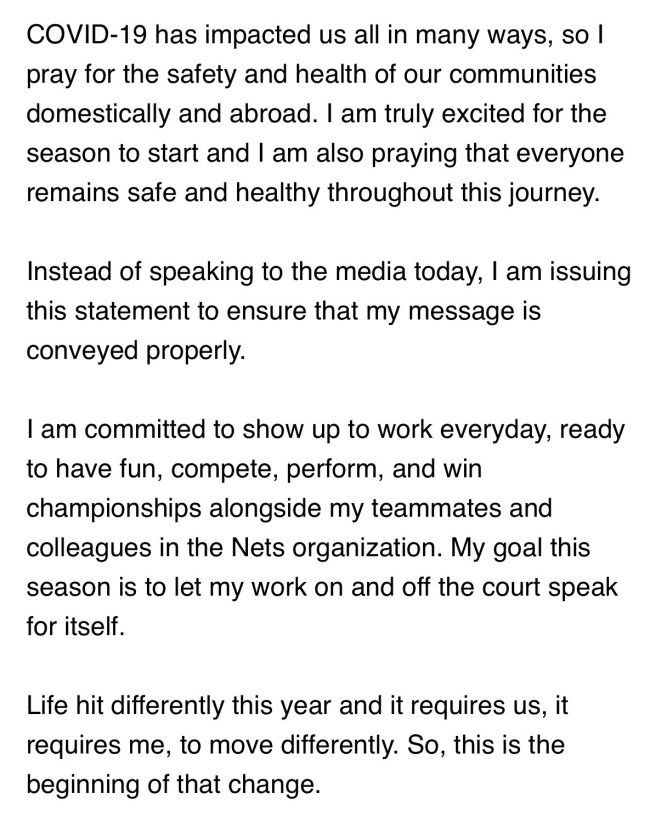 For more context: this week has been “media week”, where players have been speaking to reporters. Typically, every player speaks to reporters on one day (in a non-COVID year).

The NBA requires that active players are made available to reporters as part of practices and games. https://t.co/ntqiT9CZhr

Some Fans thought it was completely bizarre for Kyrie to shun the media.

Kyrie guaranteeing his teammates and coach are asked about him. Instead of taking some questions from reporters. https://t.co/r9cguSX3Lz

Yeah I’m sure the NY media is going to be totally cool and understanding of Kyrie avoiding to talk to them this season. No flaw in this plan. https://t.co/9INsa4t3RZ

you can't just "not speak to the media" as a professional athlete. https://t.co/dbaNoIu147

Kyrie Irving is out here issuing statements like he is POTUS. Never change Kyrie. You are a strange dude. https://t.co/ZzfQw125DM

While others believed Kyrie has the right to not speak to the media.

I don’t know if this will satisfy league rules on speaking to the media lol but I don’t blame him at this point https://t.co/gVrcMGNHUb

Ain’t nothing wrong with this. If he spoke to the media they’d just change up whatever he said https://t.co/yBhiahk2rL

I like that he’s doing what’s best for him. It gets old seeing people twist his words and attack him every time he talks for a story https://t.co/SR8B7znYEs