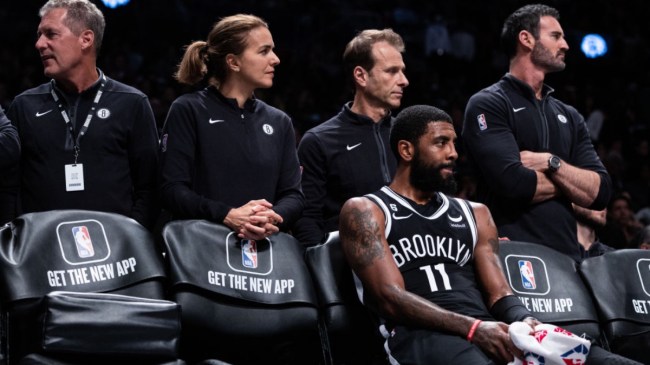 The issues just never end for Kyrie Irving and the Brooklyn Nets.

Last season, is health choices left the Nets to try and navigate most of the season without him. The team struggled, ended up having to win a play-in game to get into the playoffs and then got swept out of the playoffs.

During the offseason, it seemed like his time with the Nets may be coming to an end as he considered opting out of his player option or trying to get the Nets to trade him.

Unfortunately for the Nets, neither of those things happened and they came into the season hoping that Ben Simmons would be the piece that Kyrie and Kevin Durant needed to become a contender again.

Instead, they’ve gotten a 2-6 team and more Kyrie drama.

However, it seems that isn’t the end of the story. According to ESPN’s Ramona Shelburne, Kyrie ghosted the owner of the Brooklyn Nets amid the drama.

At this point, Joe Tsai must be counting down the days until Kyrie Irving’s contract expires at the end of the season.