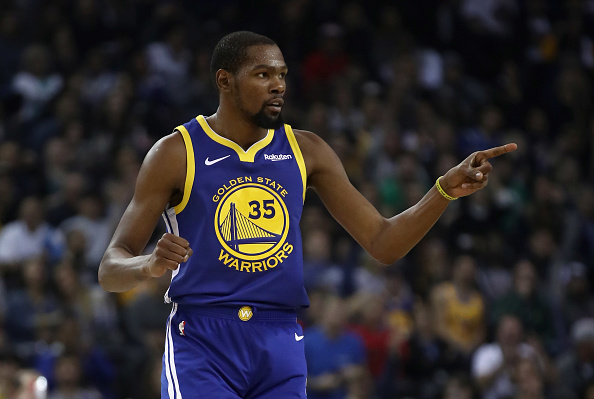 Late last night a report from Yahoo Sports Chris B. Hayne detailed what exactly Draymond Green told Kevin Durant on the bench during their heated confrontation that led to Green getting suspended from the team.

Green called Durant a “bitch” multiple times, sources said. In a summarized version, sources said Green shouted, “You’re a bitch and you know you’re a bitch.” The rhetoric, sources said, continued even when Kerr attempted to direct the team’s attention to his whiteboard.

But what ultimately led to Green’s suspension, sources said, was a remark in which he dared Durant to bolt in free agency next summer. Durant has a player option for the 2019-20 season, and the Warriors want their superteam intact for the opening of their new arena, the Chase Center, in San Francisco next season.

Green blurted to Durant something along the lines of, “We don’t need you. We won without you. Leave,” sources said.

According to The Athletic’s Marcus Thompson, one Warriors player believes there’s no chance Durant returns to the team this offseason because of what Green said to him.

“With what was said, there is already no way Durant is coming back,” one player said. “The only hope is that they can say this summer, ‘See, KD. We’ve got your back. We protected you from Draymond.’ ”

It seems like Vegas is also starting believe that Durant will not return to the Warriors next season.

Gambling website BetOnline.ag released their latest odds on which team will sign Durant for the 2019-20 NBA season and the Lakers not the Warriors is at the top of the list.

It’s also worth noting that former NBA player Jarrett Jack threw out a wild rumor on Twitter claiming that Durant is going to team up with LeBron and Anthony Davis in L.A.

In 8 months quote me