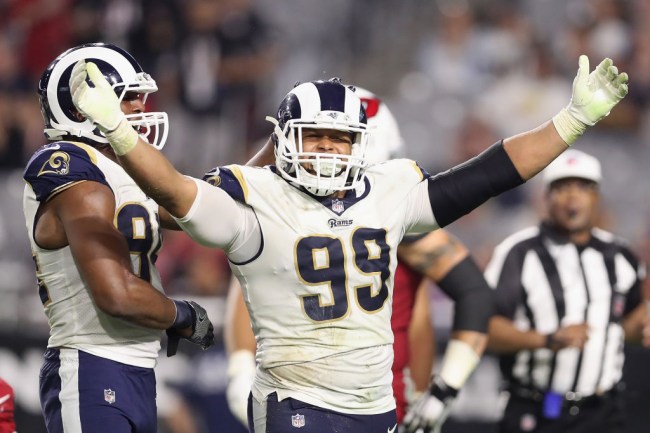 Last season Aaron Donald was easily the best defensive player in the entire league. Donald put up 32 tackles, 11 sacks, five forced fumbles and one pass defenseS last year. It appears that Donald is taking up a notch this season because know he’s doing drills against a dude wielding a knife and the footage is absolutely terrifying.

Aaron Donald doing drills against a guy with knives is absolutely terrifying 😤😤😤 pic.twitter.com/r6B1BrkQ0D

Seriously I have so many questions about this video? Is Donald training to become Batman? Are those really fucking knives? Are the Rams cool with this. Shit is terrifying but Donald looks like he’s in tip top shape ready to crush offensive lineman next season.