The LA Rams Are Reportedly Pursuing A Trade With The NY Giants For Odell Beckham Jr. 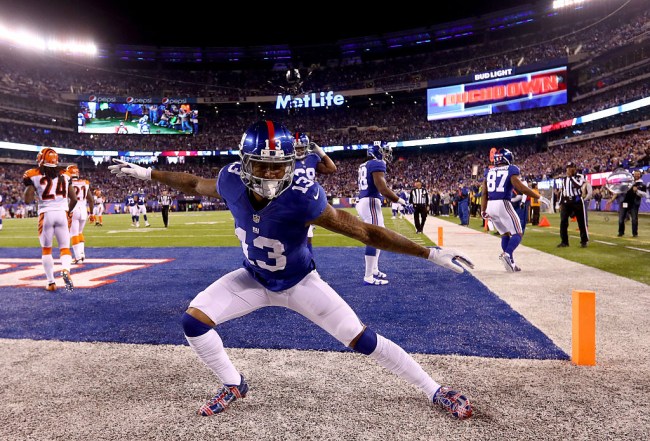 Just last night, NY Giants owner John Mara told reporters that he was open to trading Odell Beckham Jr. when asked about the possibility of parting ways with the controversial wide receiver while at the owners meeting.

It seems like Mara’s comments may have sparked some interest from the LA Rams who have already reportedly made an offer to trade for Beckham.

The L.A. Rams, according to multiple NFL sources, already have talked with the Giants about possibly trading for the dynamic wide receiver and turning him from a Big Apple phenom into a Hollywood star.

One Rams executive, when approached by the Daily News at the Ritz-Carlton Grande Lakes Monday afternoon, declined comment but flashed a wry smile and didn’t deny it. “Where did you hear that?” the exec said.

The Giants price for Beckham in a trade is apparently fairly steep at the moment.

The News has learned that the Giants’ asking price in a prospective Beckham trade is starting at a first-round pick plus. The “plus” is the negotiable part, but the meaning is that it likely won’t require two first-round picks to get it done.

It appears that Giants owner John Mara is more than willing to part ways with Beckham after the wide receiver’s latest embarrassing off-the-field incident which featured him allegedly doing drugs on camera with an Instagram model at the hotel.

We’ll have to wait and see if Mara will actually pull the trigger on the trade.