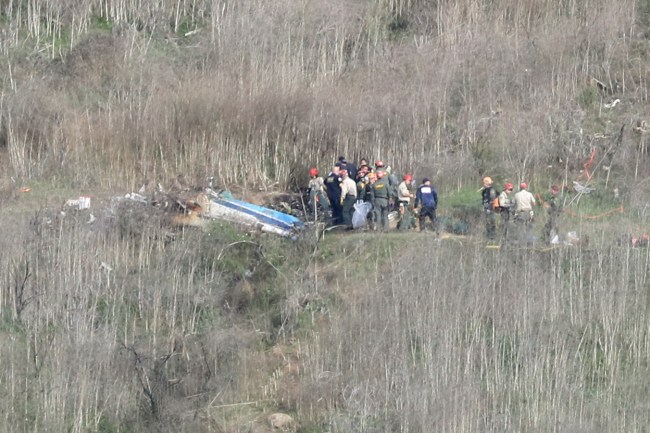 Several LA County Sheriff’s deputies are currently being investigated for allegedly illegally taking pictures of bodies at Kobe Bryant crash site and passing them around according to a report.

And, according to the report, at least one L.A. County Sheriff’s official had the photos on his cell phone “in a setting that had nothing to do with the investigation.”

The report does not say who took the photos and how many deputies and officials at the Sheriff’s Dept. saw or shared the photos.

According to TMZ, one of the deputies being investigated allegedly tried to impress a girl at a bar by showing her the gruesome photos of the crash site.

TMZ goes on to report tat the Sheriff’s department has known about the allegations made against the deputy in question for three weeks.

– We’re told the Sheriff’s Dept. has known about this for 3 weeks. The trainee who showed the photos to a woman in a bar did so a few days after the crash.

We’re told the gruesome photos were also passed around by members of the L.A. County Fire Dept. and we’re told that Dept. is now investigating.

The LA County Sheriff’s is currently preparing a statement on the matter and we’ll update this post once they share it.

It’s not yet clear who was involved, how widely the photos were disseminated or if the deputies took the images at the crash site in Calabasas.

The LASD and other officials say they are working on a public statement on the matter.