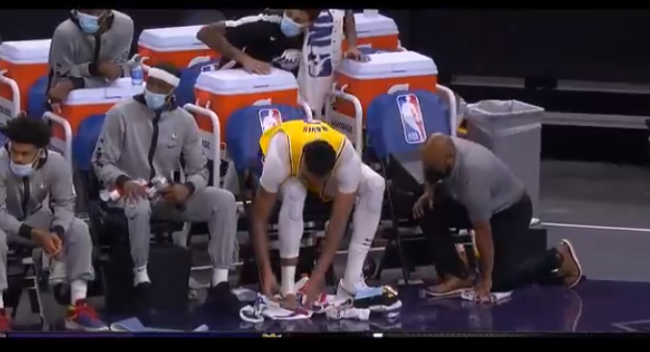 Anthony Davis got a little too comfortable on the bench during the team’s final preseason game vs the Suns on Friday night.

In the second quarter of the game, the Lakers big man was seen clipping his toenails on the bench.

AD clipping his toenails on the bench pic.twitter.com/fJGCdA1yhf

You know you made it when you can cut your toe nails on @espn @AntDavis23 #nba #NBATwitter #basketball pic.twitter.com/Kb3glWoRmg

NBA fans were immediately grossed out at the image of Davis clipping his toe nails out in the open.

I’ve watched a lot of NBA basketball in my life, don’t think I’ve ever seen this before. https://t.co/PaLdcWVYpD