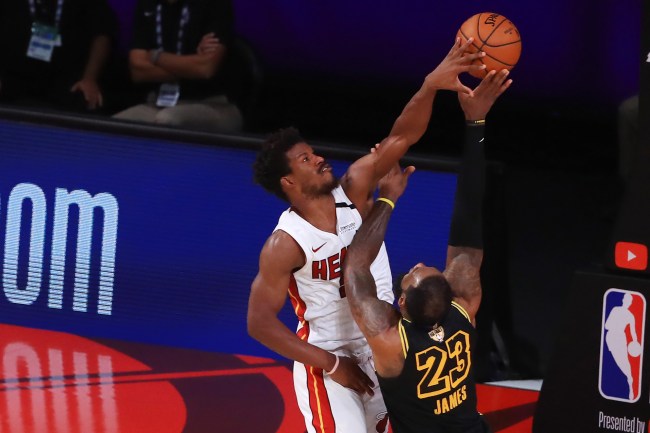 Lakers fans weren’t happy on Friday night after the Lakers lost a heartbreaking game following a legendary game by Heat’s Jimmy Butler and a crucial missed 3-pointer by Danny Green.

Jimmy Butler is the 1st player in NBA Finals history to record 35+ points, 10+ rebounds, 10+ assists and 5+ steals. He is just the 2nd player to reach those numbers in NBA playoffs history: Gary Payton 35 points, 10 rebounds, 11 assists, and 6 steals in May 2000 (First Round). pic.twitter.com/j3bdzQeK8P

After the game, a Heat fan in Vegas trolled a group of Lakers fans by yelling “Heat nation” at the Linq hotel which led to the Lakers fans chasing him down to beat him up.

The Heat fan seemed to be able to escape the angry Lakers fans and continued yelling “Heat nation” at the end of the video.