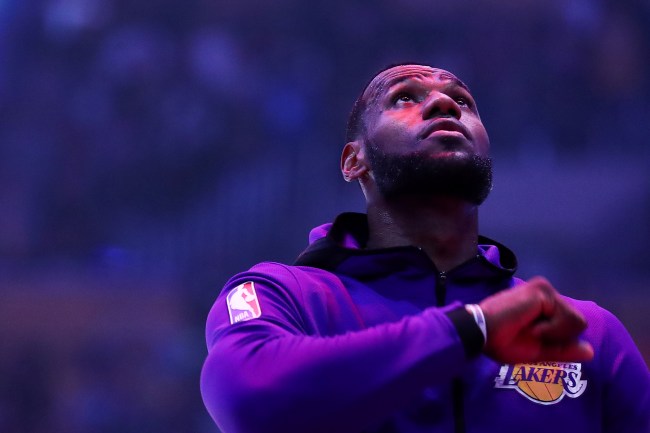 It’s been a wild day for the LA Lakers.

This afternoon NBA twitter was set on fire when it was revealed that contract negotiations between the team and Ty Lue broke down despite the expectation that the team was going to hire him after Monty Williams turned down the job last week.

Ty Lue and his reps turned down the Lakers’ offer Tuesday, per league sources. LAL regrouped with an offer in the range of 3 years, $18 million today. Lue’s side pulled out of negotiations. Lue’s camp seeking 5 year deal with salary commensurate with championship resume

It was later revealed that Linda and Kurt Rambis had squashed the Ty Lue deal behind the scenes.

Now ESPN’s Stephen A Smith is reporting that people close to Lakers owner Jeanie Buss are “imploring” her to trade LeBron James which is absolutely nuts.

'Some people close to Jeanie Buss are telling her to trade Lebron james." – SAS pic.twitter.com/K9XcuxjItu

Nothing is out of bounds right now. We don’t know what the hell is going on in Los Angeles. you’ve got folks close to Jeanie Buss imploring her to trade LeBron James. He does not have a no-trade clause, and now you haven’t given him the coach he wanted.

The Lakers are a complete clown show right now and LeBron would actually be better off if they did decide to trade him.