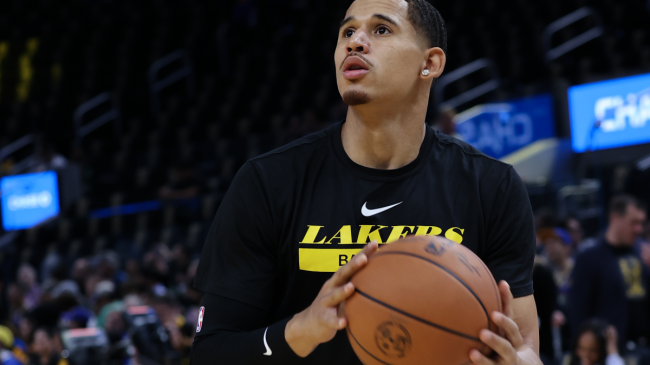 The Los Angeles Lakers got off to a rough start in the 2022 NBA season, dropping their opener to the defending champion Warriors, 123-109.

LeBron and Co. struggled from the floor in that loss, shooting 43%. That included a 25% mark from beyond the arc. The poor shooting performance kept the Lakers from ever leading in the game. By the time the fourth quarter started, LA found itself down by 20 points.

The Lakers’ starting five made just 5-of-24 three-pointers (21%). After a game, someone trolled the team for its poor shooting night in the best way imaginable.

A fan posted a job opening on Indeed saying that the Lakers were looking for a 3-point shooter.

The job opening, which can be found HERE, states the team is looking for “multiple three-point shooters.” It even offers a 401K, health insurance, and paid time off.

Of course, you’ll have to be able to “reliably commute” to the Los Angeles area or at least willing to relocate. Luckily, the team is open to offering “an employer-provided relocation package.”

my literal reactions reading this 😭🤣🤣 pic.twitter.com/sA2RKxbogY

A number of social media users joked that they’d already applied. Who knows where these applications are actually going.

Others just laughed at the hilarity of it all. One person wrote, “Internet is undefeated,” while another posted, “Man, y’all cooked on here, for real.”

LeBron and the Lakers won’t be looking at any of these applicants, but they could use a three-point threat. We’ll see if they can rebound from the season-opening loss in a Game 2 matchup with the crosstown Clippers.

Kudos to this fan, though, for an A+ troll job.