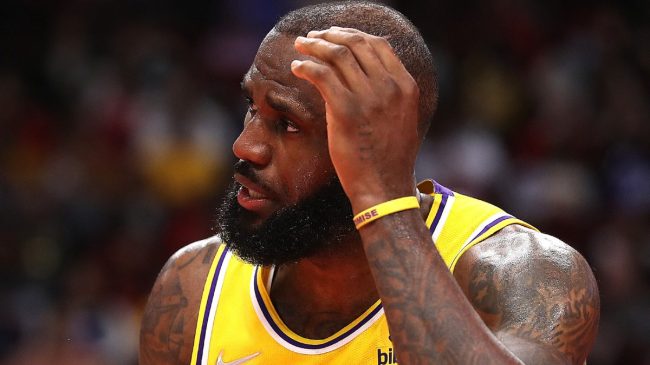 After a loss to the Mavericks on Tuesday night, the team is now more likely to miss the NBA Playoffs than to make them, at least according to Las Vegas sportsbooks. The defeat dropped Los Angeles into 11th place in the Western Conference standings, and squarely out of play-in position.

Tensions are beginning to boil over in the City of Angels. Fans believe that LeBron is more concerned with his stat line than wins and losses. Russell Westbrook continues to explode on reporters in postgame press conferences.

The only things keeping the team’s hopes alive are that play-in opportunity and the possibility of getting star forward Anthony Davis back for the playoffs.

Of course, now, they’ll have to see some upward movement in those Western Conference standings if they want to make the postseason.

While Lakers fans are frustrated with the team’s struggles, one bettor is hoping to cash in on them.

In September, one bettor placed a $10,000 wager on the Lakers to miss the postseason. At the time, Los Angeles was the Western Conference’s betting favorite to win the NBA Championship, let alone make the playoffs.

Fast forward to March and the Lakers find themselves 13 games below .500 with just seven matchups remaining. LA was projected to win more than 50 games this year. Instead, they’ve posted a 31-44 overall record.

With the high preseason expectations, the bettor nabbed the odds at +1600.

The bet would win $160K if it hits. pic.twitter.com/hTDkah7anZ

This bettor is hoping the Lakers continue to struggle as the regular season winds down. They’ll be sweating out seven more games, but this once-considered longshot could result in a massive payday.