The Lakers Have Reportedly Offered Lonzo Ball, Brandon Ingram And The #4 Pick In The NBA Draft For Anthony Davis As Trade Negotiations Between The Two Teams Reopen 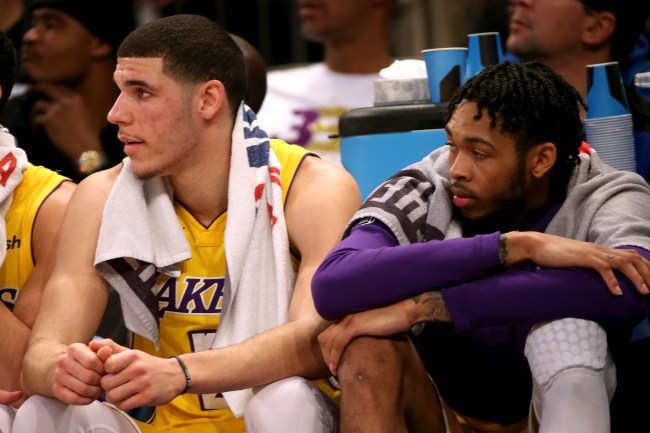 The New Orleans Pelicans have begun talking to teams about trading Anthony Davis and it seems like they’re trying to get a deal done before next week’s NBA draft.

The Lakers have offered Lonzo Ball, Brandon Ingram, and the #4 pick in exchange for Anthony Davis.

The Lakers have made Brandon Ingram, Lonzo Ball and the No. 4 pick in the June 20 draft available in trade talks with the Pelicans, league sources say. New Orleans has made it known it hope to assemble a three-teams-or-more deal before surrendering Anthony Davis

Apparently, the Lakers are trying to keep Kyle Kuzma out of the deal.

One player that the Lakers’ trade discussions with the Pelicans for Anthony Davis could hinge on? Kyle Kuzma. The Lakers do not want to trade him, but the Pelicans want him as part of a package, sources tell me and @BA_Turner.

My sense is that the Lakers, to this point, have tried to keep Kyle Kuzma out of the talks and the full package New Orleans would receive in an Anthony Davis deal obviously depends on what the third team provides

The Pelicans and Lakers are already shopping the #4 pick around the league to see if they could interest a third team into getting involved in the trade.

New Orleans and Los Angeles have canvassed the league to find a third team that would use the Lakers’ No. 4 overall pick in exchange for sending a high-level player to the Pelicans as part of a deal, league sources said.

The Lakers' ability to seal a deal for Anthony Davis likely hinges on what the No. 4 pick can fetch. If the No. 4 pick can land a player to excite New Orleans, on top of Ingram and Ball, then the teams are headed for an agreement in principle before draft night next Thursday

Celtics and Lakers are engaged in trade talks with New Orleans on All-NBA star Anthony Davis, league sources tell me, @ZachLowe_NBA, @ramonashelburne and @WindhorstESPN. Lakers No. 4 pick has been discussed as trade chip to help Pels acquire high-level player in multi-team deals.

There’s still eight days until the NBA draft so anything can happen between now and then.