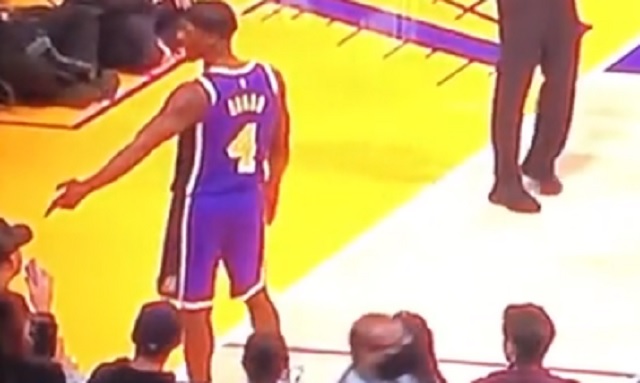 Several Lakers players lost their cool on Friday night during their home game against the Phoenix Suns.

In the second quarter of the game, Anthony Davis and Dwight Howard got into a shoving match on the bench.

Anthony Davis and Dwight Howard beefing on the bench 🤯pic.twitter.com/ep3zTQr818

Later in the game, Lakers guard Rajon Rondo got into it with a fan. Things got tense when Rondo started pointing an imaginary finger gun at the fan’s head.

Rondo making an interesting hand gesture at that fan.

Here’s a closer look at Rondo pointing the finger gun at the fan’s head and the fan slapping his hand away.

Can you blame the fan tho when Rondo is gesturing the trigger hand? 🤨 pic.twitter.com/xPWOw0tWqe

The fan was kicked out of the game following his altercation with Rondo.

This fan got ejected from the game after touching Rajon Rondo pic.twitter.com/S7950sMLzP