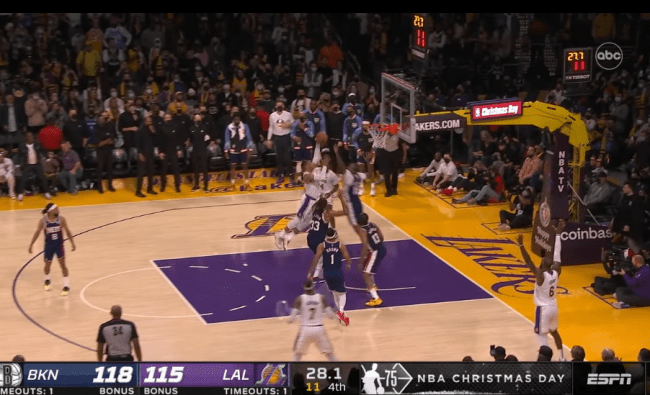 Lakers fans are not happy with Russell Westbrook right now.

During the Lakers’ Christmas day game against the Brooklyn Nets, Westbrook went 4-20 from the field and struggled with his shooting all night long in the team’s loss.

While down 3 points with 27 seconds left in the game, Westbrook decided to try to dunk the ball instead of passing the ball to a wide-open LeBron James. Westbrook ended up missing the dunk, and the Lakers went on to lose the game.

Westbrook decides to go 1 on 4 with Lebron and Melo both wide open. pic.twitter.com/0No8bTrU9g

Fed-up Lakers fans are now calling for the team to trade Westbrook after his awful Christmas day gam.

Westbrook you just ruined christmas. WESTBRICK LEAVE THE LAKERS YOU GET PAID MILLIONS TO LOSE GAMES

I wonder what the gm was dictating to Russ tonite? Turn the ball over more and throw up more bricks.