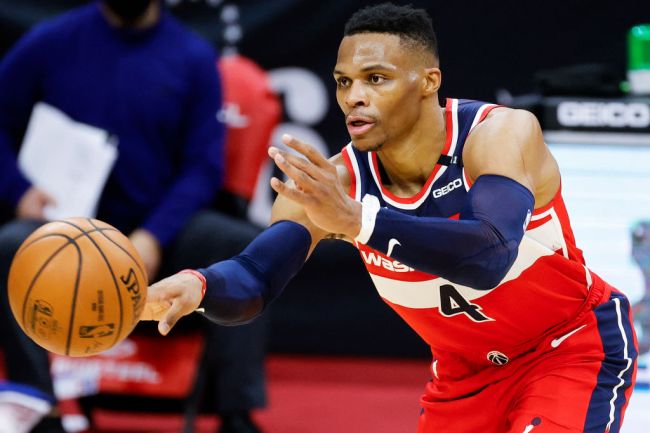 Apparently, not everyone in the Lakers organization was on board for the Russell Westbrook trade.

On Thursday afternoon the Lakers traded several players and assets in exchange for Westbrook in a blockbuster deal that sent shockwaves throughout the NBA world.

According to CBS Sports’ Bill Reiter, there was a “strong level of disagreement” within the Lakers organization organization about whether Westbrook satisfied the team’s needs at this moment.

"This could be the end of the Alex Caruso era in Los Angeles."@sportsreiter says the Russell Westbrook addition likely means the departure of Alex Caruso. pic.twitter.com/yBTvKPEsZq

“There was a strong level of disagreement with the Lakers organization about whether or not Russell Westbrook was ultimately the person that they needed to pursue with the picks and the players, including Montrezl Harrell and Kyle Kuzma, who are now headed to Washington.”

“Communicating with one Lakers source who was not excited about the Westbrook trade he said that in the end the star power and the belief by Rob Pelinka, the general manager in LA, that Wesbtrook and his abilitiy, his track record of excellence is going to be what the Lakers need.”

At the end of the day it seems like LeBron James and Anthony Davis signed off on the deal and they’re input is the most important on the Lakers.

Westbrook, LeBron, and AD met at LeBron’s house about two weeks ago to discuss the possibility of playing together;

“They talked about putting their egos aside and playing as one in their quest to bring the Lakers another NBA championship.”