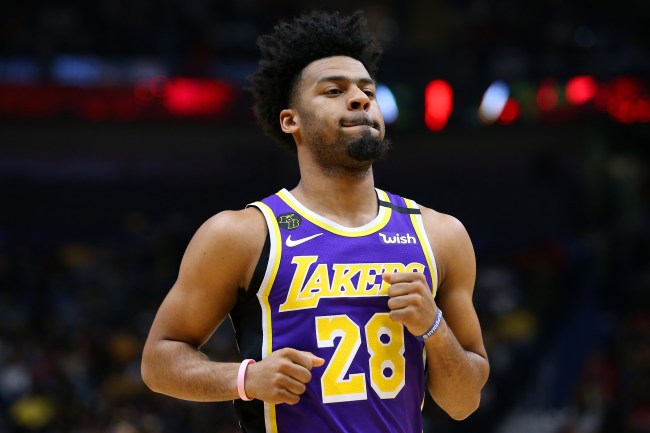 Quinn Cook apparently had some trouble getting back to the team hotel on Sunday night.

After the Lakers won their 17th NBA Championship, the team made their way to the locker room to celebrate their big win.

The Lakers players popped champagne, smoked cigars, and had themselves a party to celebrate their last night inside the NBA bubble.

While heading back to the team hotel, JR Smith noticed that Cook wasn’t on the bus and was left stranded at the arena.

Cook could be seen commenting on Smith’s IG live stream begging for the bus to come back for him.

Hopefully, the bus driver makes another trip back to the arena and picks Cook up.