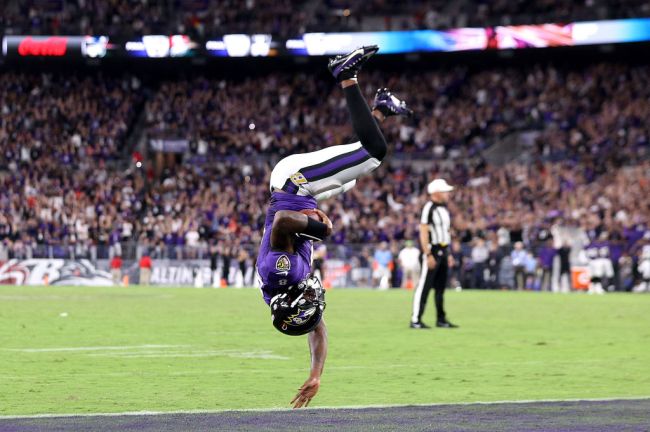 Lamar Jackson apparently injured himself while celebrating a touchdown against the Chiefs on Sunday.

During his game on Sunday Night Football, Jackson scrambled and decided to frontflip into the endzone in the Ravens’ win against the Chiefs but unfortunately, it doesn’t seem like he stuck the landing.

According to ESPN’s Adam Schefter Jackson injured himself on the flip and is currently missing practice with a hip injury.

Ravens’ QB Lamar Jackson wasn’t at practice today. Jackson said yesterday that his hip was sore from his TD flip.

Lamar admitted to the media earlier in the week that he did feel sore after the flip.

“I’m kind of sore, “I didn’t want to tell Coach [John Harbaugh] because Coach would probably [have] said something to me about flipping next time. I don’t know; I’d probably do it again though.”

While it did look cool Lamar Jackson should probably not flip into the end zone in the future.

The keep, the flip, the ball toss..