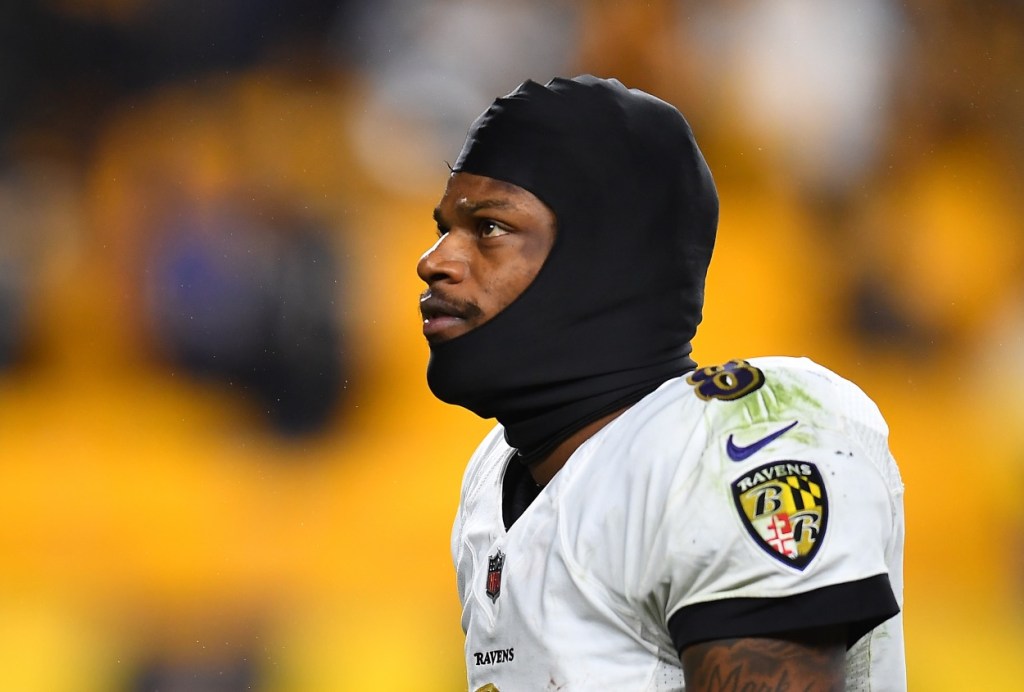 Baltimore Ravens quarterback Lamar Jackson is playing under a 1-year extension on his rookie contract with the team and is set to become a free agent in the 2023 season. All signs have indicated that Jackson and Ravens are happy together which has led many to speculate on why Lamar hasn’t signed a long-term contract extension yet with Baltimore.

Speaking with reporters on Tuesday, Baltimore Ravens owner Steve Bisciotti called Lamar Jackson’s approach to contracts “unique as hell.” Bisciotti told reporters he doubts Lamar will sign an extension with the Ravens before next season and explained the reason he believes no extension has been signed yet. Steve Bisciotti said “the kid is so obsessed with winning a Super Bowl, that I think deep down, he doesn’t think he’s worthy. I think he wants that to say, ‘Now, I deserve to be on top.’”

That’s a nice sentiment from the Baltimore Ravens owner, that his QB is so dedicated to winning NOW he isn’t thinking about getting paid next year. But is it true? Lamar Jackson took to Twitter to express that he loves his team and anyone trying to read his mind needs to GTFO. It’s unclear if this tweet is directed at Ravens owner Steve Bisciotti…

I understand that some work and privacy filters prevent tweets from loading. If that tweet isn’t loading for you, Lamar Jackson’s caption reads “I love my Ravens I don’t know who the hell putting that false narrative out that I’m having thoughts about leaving stop tryna read my mind.”

Fans were quick to respond to Lamar’s message…

you to these false reports pic.twitter.com/rPkrCM2UVL

Keep dreaming, the Baltimore Ravens are going to pay him whatever he wants (and deserves)… And if not Baltimore, he’ll head to Miami next year.

Fam, the real ones know! Baltimore don’t embrace too many people but the whole city rocks with you with a love I ain’t seen since we had Ray and Ed! Let ‘em hate while you continue to prove em wrong!

It really does feel like Lamar Jackson will try and spend as much of his career in Baltimore as possible playing for the Ravens. But as we’ve seen so far in the 2022 offseason, anything could happen.

In reality, the chaos started two years ago when Tom Brady left the Patriots for the Tampa Bay Buccaneers. 99% of the NFL world couldn’t believe Brady was going to leave for the Bucs until he did. Now Russell Wilson has jumped ship, Aaron Rodgers is constantly talking about, and Matt Ryan is out of Atlanta.

The Baltimore Ravens NEED Lamar Jackson as they’ve built their entire offense around him. He knows this. the team knows this. And now he’ll get paid accordingly when the timing is right.